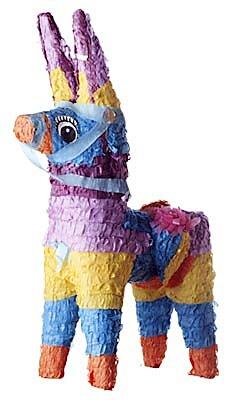 who cares about economic issues. Four academics (one of whom is Cato adjunct scholar Tyler Cowen) take turns writing the column, and they often use the academic literature to shed light on current issues.


But readers of this blog probably won’t like last weekend’s column, penned by Cornell economist Robert Frank. Frank argues that “realistic proposals for solving our budget problems must include higher revenue,” i.e., new taxes or tax increases. Those proposals, he says, are being blocked by “powerful anti‐​tax rhetoric [that] has made legislators at every level of government afraid to talk publicly about a need to raise taxes.”


(I’m not sure how big that phobia is, given the numerous tax increases on the state level in recent years. But let’s put that aside.)


Frank has spent much of his academic career arguing for raising taxes on wealthier people so as to create greater income equality (some of his work can be found here, here, and here). It would thus be expected that a Cato analyst would bash Frank’s column like a piñata. But I believe there’s merit to what he writes.


Whatever the political power of anti‐​tax rhetoric, it’s clear from the last seven years that it doesn’t have much effect on government spending. Despite the tax cuts of 2001–2003, Congress and the White House have found all sorts of hyper‐​expensive programs and actions on which to spend money, from the Iraq War and expanded overall defense spending to the new Medicare Part D, the proposed farm bill, the latest round of energy subsidies, more and more corporate welfare, No Child Left Behind, and a whole new, giant federal agency — (forget the relative spare change of all those wacky transportation earmarks). Whatever criticisms can be lobbed against the 2001–2003 tax cuts (and lower taxes in general), it can’t be said that they’ve hamstrung the government’s ability to spend.

Why have the tax cuts not slowed government growth? Because Uncle Sam is quite happy to borrow money. Frank points out that the national debt has increased $3 trillion since 2002, and it will likely rise an additional $5 trillion over the next decade. As NYU law professor Dan Shaviro notes in this 2004 Regulation cover story, that debt is future taxes.


This borrow‐​and‐​spend spree means that America has been getting bigger government while (so far) paying the price of smaller government. As Cato chairman Bill Niskanen points out, this dynamic drives the growth of even‐​bigger government. The First Law of Demand postulates that, ceteris paribus, if the price of a product declines, demand for the product will rise. The apparent price of government has declined — and we’re getting more and more government all the time.


This leads to the core problem of borrow‐​and‐​spend public finance: Because today’s taxpayers receive government services without paying the full cost, they (and their political leaders) are not forced to consider:


Frank, in the column, appears not to consider that possibility. Instead, he seems to assume that government activity would continue at its current pace, or even expand, under the justification that government must “provide a variety of public goods and services that would be impractical for private citizens to provide for themselves.” But let’s be real here: government spending is far, far, far beyond anything that could be justified by a public goods problem.


Much public spending — and most all new public spending — is nothing more than government‐​mandated consumption. Because people don’t value a good or service enough to spend a lot of money on it privately, government forces them to buy the good publicly. That type of public finance is neither welfare‐​enhancing nor financially responsible — but it certainly earns the love of special interests. That’s how we end up with (pardon the cut‐​n‐​paste) Medicare Part D, the proposed farm bill, the latest round of energy subsidies, more and more corporate welfare, No Child Left Behind, and all those wacky transportation earmarks.


So, Prof. Frank, I say bully for you! If we follow your proposal, I think we’ll move several steps closer to limited government.