The book examines the structure of U.S. highway ownership and financing and describes why major reforms are needed. Bob has a deep understanding of both the economics and engineering of highways.


Bob puts U.S. highways in international context. He describes, for example, how Europe has more experience with private highways than we do. The photo below is the Millau Viaduct in southern France. Wiki says it is “ranked as one of the great engineering achievements of all time.” The structure includes the tallest bridge tower in the world, and it was built entirely by private money. Isn’t that beautiful? I mean both the bridge and the fact that it is private enterprise.


Bob’s book regards the institutional structure for highways, which is different that the often superficial highway discussions in D.C. Those often surround the total amount of money the government spends. But the more important issue is ensuring that we spend on projects where the returns outweigh the costs.


D.C. policymakers often focus on the jobs created by highway construction. But labor is a cost of projects, not a benefit. Instead, policymakers should focus on generating long‐​term net value.


Finally, spending advocates often decry potholes and deficient bridges, but the optimal amount of wear‐​and‐​tear on infrastructure is not zero, else we would spend an infinite amount.


So the challenge is to spend the right amount, and to focus it on the most needed repairs and expansions. To do that, we need to get the institutional structure right, and that is what Bob’s book is about. 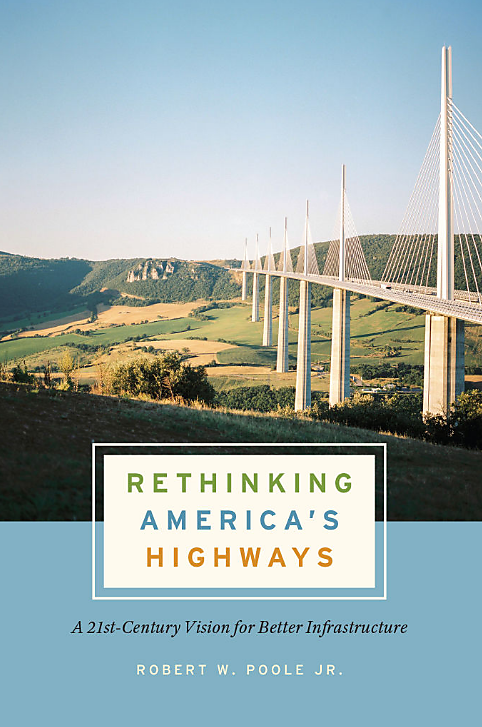 The Independent said this of the bridge: “The viaduct, costing €400m (£278m), has been built in record time (just over three years) for a project of this size. The French construction company, Eiffage, the direct descendant of the company started by Gustav Eiffel, the builder of the celebrated tower beside the Seine, has raised the money entirely from private financing. In return, the company has been given a 75 -year concession to run the viaduct as a toll‐​bridge.”