The Political Dynamics of Vouchers and Credits

The battle over school choice in Pennsylvania is instructive in many ways. The most obvious lesson is that education tax credits are easier to pass than are vouchers, ceteris paribus.

But why? The results of a recent poll from UnitePA and the Independence Hall Tea Party make the basic answer fairly plain: education tax credits are substantially more popular than vouchers. More than mere popularity is important, however. Credits are supported, on balance overall, by Democrats, and by a massive 30 points by Republicans. Both liberals and conservatives support credits overwhelmingly.

Vouchers are opposed on balance overall and by Republicans in particular. Unfortunately, this means that Republican legislators who may support vouchers for ideological reasons face a Republican electorate that is decidedly opposed to them. This has consequences; we saw a major rift among the Tea Party groups in PA this year over the issue, with many groups opposing the voucher bill. Between the flak he is sure to get from the government-school lobby and the instinctive opposition to vouchers from many Republican voters who like the public schools and dislike government handouts (which is how vouchers are perceived), a Republican legislator might well put his seat at risk by voting for a voucher. 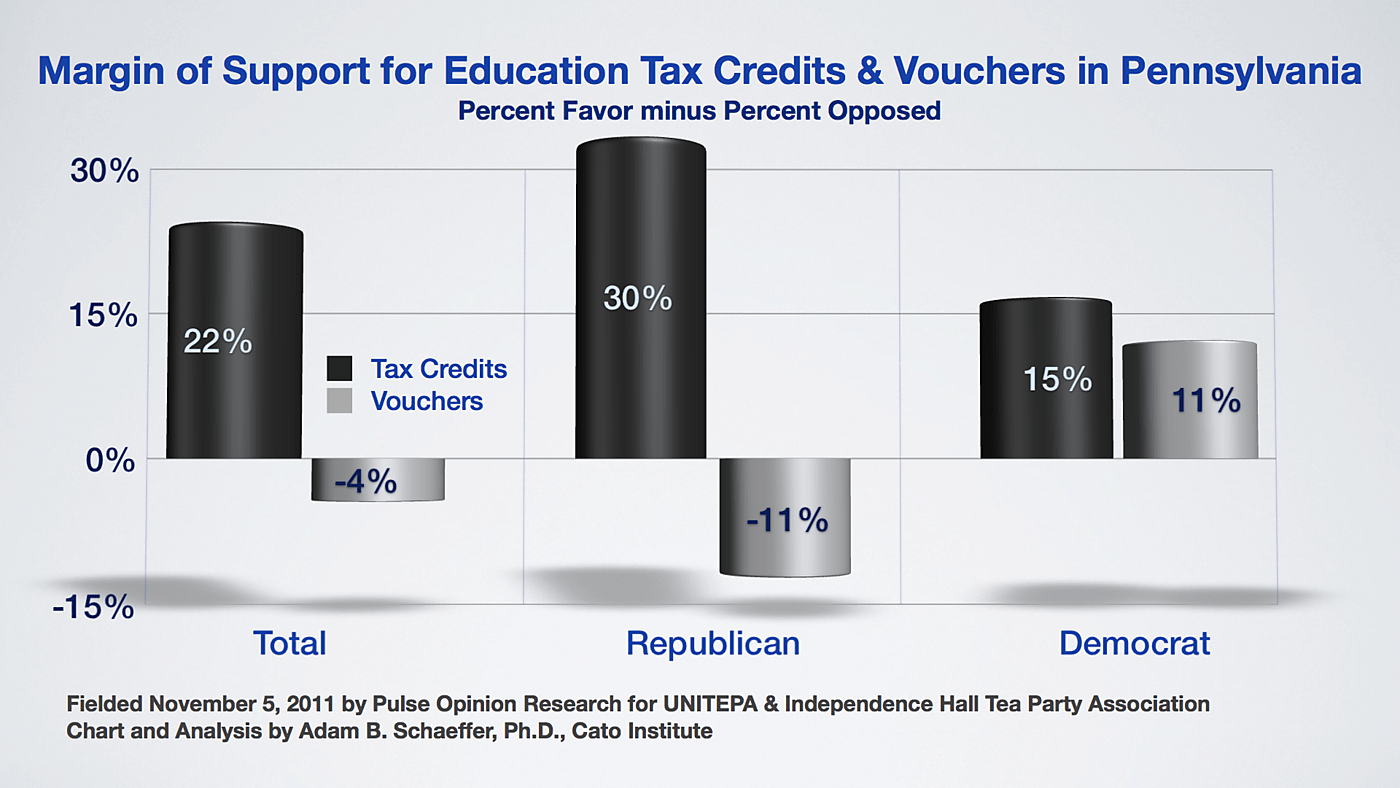 Democrats actually support vouchers on balance, but less than they do credits. The crosstabs for this poll reveal huge margins of support for vouchers by African-American and low-income citizens, followed by liberals. However, all the affluent liberal interest groups are absolutely opposed to vouchers. With the support of these elites and the assistance of the government-school lobby, a Democratic legislator is extremely unlikely to put his seat at risk if he votes against a voucher bill.

Here’s the problem: vouchers sound like a Progressive policy. Vouchers send government checks to low-income families, which sounds to many voters like some form of welfare. But it is adamantly opposed by liberal elites and supported by conservative elites.

Education tax credits bridge this political disconnect, drawing more support and less opposition across the political spectrum. And credits happen to be better policy to boot.

These lessons hold across the country, in state after state. And yet vouchers, more often than not, are the primary focus of national school choice organizations that provide advice, assistance, and money to proponents of school choice at the state level. A reassessment of how the school choice movement’s resources are invested is long overdue. 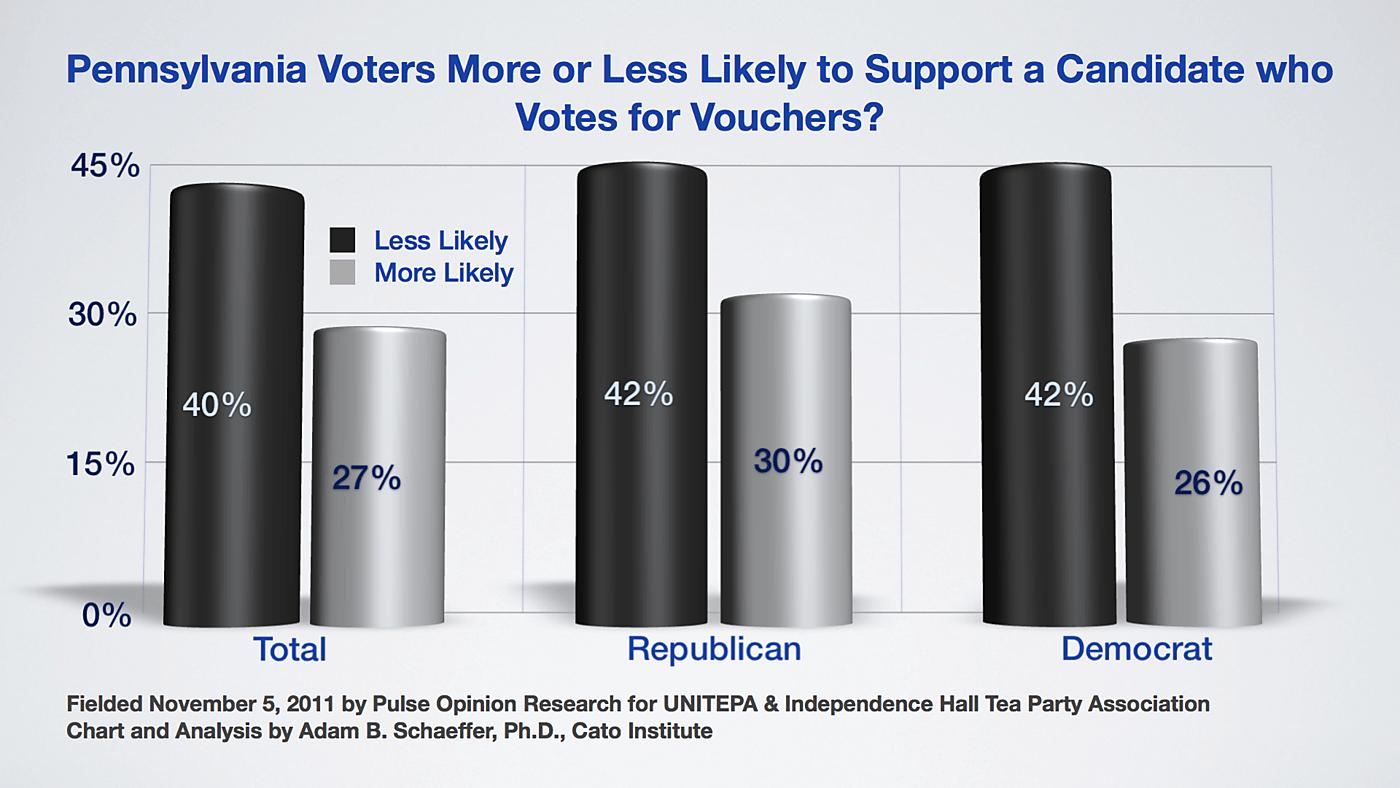