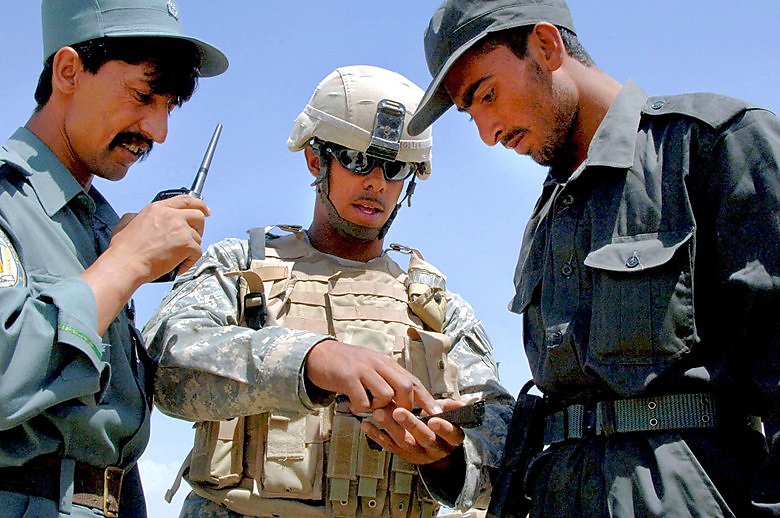 Matt Yglesias has a lot of smart things to say about the pervasive illiteracy plaguing the Afghan National Army. Upwards of 75 to 90 percent (according to varying estimates) of the ANA is illiterate.


As Ted Galen Carpenter and I argue in our recent Cato white paper Escaping the Graveyard of Empires: A Strategy to Exit Afghanistan, this lack of basic education prevents many officers from filling out arrest reports, equipment and supply requests, and arguing before a judge or prosecutor. And as Marine 1st Lt. Justin Greico argues, “Paperwork, evidence, processing—they don’t know how to do it…You can’t get a policeman to take a statement if he can’t read and write.”

This strikes me as an object lesson in the importance of realistic goal‐​setting. The Afghan National Army is largely illiterate because Afghanistan is largely illiterate…we just need an ANA that’s not likely to be overrun by its adversaries. But if we have the more ambitious goal of created [sic] an effectively administered centralized state, then the lack of literacy becomes a huge problem. And a problem without an obvious solution on a realistic time frame [emphasis mine].

Such high levels of illiteracy serves to highlight the absurd idea that the United States has the resources (and the legitimacy) to “change entire societies,” in the words of retired U.S. Army lieutenant colonel John Nagl. Eight years ago, Max Boot, fellow for National Security Studies at the Council on Foreign Relations, likened the Afghan mission to British colonial rule:

Afghanistan and other troubled lands today cry out for the sort of enlightened foreign administration once provided by self‐​confident Englishmen in jodhpurs and pith helmets…This was supposed to be ‘for the good of the natives,’ a phrase that once made progressives snort in derision, but may be taken more seriously after the left’s conversion (or, rather, reversion) in the 1990s to the cause of ‘humanitarian’ interventions. [emphasis mine]

But as I highlighted yesterday at the Cato event “Should the United States Withdraw from Afghanistan?” (which you can view in its entirety here), policymakers must start narrowing their objectives in Afghanistan, a point Yglesias stresses above. Heck, as I argued yesterday, rational people in the United States are having difficulty convincing delusional types here in America that Barack Obama is their legitimate president. I am baffled by people who think that we have the power to increase the legitimacy of the Afghan government. It’s also ironic that many conservatives (possibly brainwashed by neo‐​con ideology) who oppose government intervention at home believe the U.S. government can bring about liberty and peace worldwide. These self‐​identified “conservatives” essentially have a faith in government planning.


Yet these conservatives share a view common among the political and military elite, which is that if America pours enough time and resources—possibly hundreds of thousands of troops for another 12 to 14 years—Washington could really turn Afghanistan around.


However, there is a reason why the war in Afghanistan ranks at or near the bottom of polls tracking issues important to the American public, and why most Americans who do have an opinion about the war oppose it (57 percent in the latest CNN poll released on Sept. 1) and oppose sending more combat troops (56 percent in the McClatchy‐​Ipsos survey, also released on Sept. 1). It’s because Americans understand intuitively that the question about Afghanistan is not about whether it is winnable, but whether it constitutes a vital national security interest. An essential national debate about whether we really want to double down in Afghanistan has yet take place. America still does not have a clearly articulated goal. This is why the conventional wisdom surrounding the war—about whether we can build key institutions and create a legitimate political system—is not so much misguided as it is misplaced.


The issue is not about whether we can rebuild Afghanistan but whether we should. On both accounts the mission looks troubling, but this distinction is often times overlooked.