A damaging divide in democracy is between the profusive promises of politicians and the pathetic performances of bureaucracies. Big government schemes fail over and over for basic structural reasons. The taxpayers lose every time and government officials never apologize. People don’t pay attention, and then they re‐​elect spendthrifts to waste more of their money. 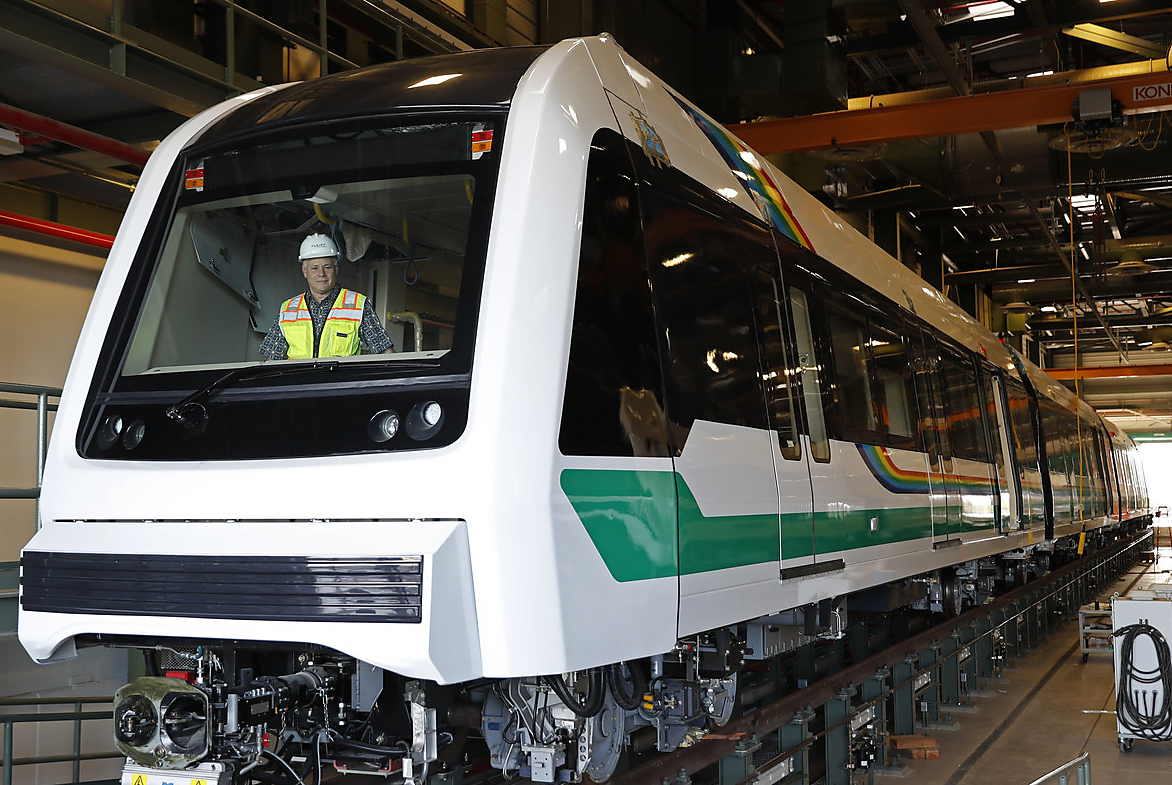 The Wall Street Journal profiles an elevated 20‐​mile rail project in Honolulu that has soared in cost from $5 billion to more than $9 billion. It is a boondoggle. And, as we often see, government officials are blaming others and dodging responsibility.


Like most passenger rail projects, the Honolulu project likely only proceeded because of the lure of federal subsidies. It was conceived when “the late Sen. Daniel Inouye helped win more than $700 million of federal funding in 1991.” As it turned out, the federal government has so far withheld the aid it promised, and the state has imposed major tax hikes to cover the ballooning costs.


Urban rail transit has been a scandal for decades, as Randal O’Toole documents. The costs of projects balloon and demand falls short. Bus systems are nearly always more efficient, flexible, and safer, but federal aid induces state and local politicians to ride the rails.


Here’s some Journal highlights on the Hawaii project:

More than a decade after inception, having spanned the tenures of three mayors and three governors and outlived its most powerful benefactor in Congress, the project is only half built. Hopes it might transform the crowded island city anytime soon are fading.


Among the cascade of problems: Honolulu pushed ahead before fully planning the project, and nearly 100 contracts had to be reworked, causing delays. The city began construction before fully checking Native Hawaiian burial grounds, and a judge halted the project for over a year. Planners built too close to power lines, so Honolulu must shell out hundreds of millions of dollars to move them.


Dogged by such blunders, the project has seen its price tag soar to more than $9 billion from about $5 billion. The cost overruns are among the largest that transportation experts say they’ve ever seen. The cost has led to an extra excise tax on businesses, which can affect the price of goods and services, and it has hit tourists through an expanded hotel tax.


… “They tried to force this as a major solution,” said Panos Prevedouros, civil and environmental engineering chairman at the University of Hawaii and a former mayoral candidate. “Now, we’re paying the dividends of all the lies, and we haven’t gotten any benefits.”


… The late Sen. Daniel Inouye helped win more than $700 million of federal funding in 1991, but the city council rejected a tax boost to help pay. In 2004, the idea got a boost from then‐​Mayor Mufi Hannemann. The charismatic, 6‐​foot‐​7‐​inch mayor persuaded the state to let Oahu add a half‐​percentage‐​point surcharge to a state tax on business receipts.


Oahu residents voted to proceed in November 2008. Though it was the midst of the financial crisis, city officials sought to move fast. Firms needed contracts, and Mr. Hannemann warned of a risk that state lawmakers might grab the money from the tax surcharge for another use.


“I thought it was prudent to move quickly,” Mr. Hannemann said in an interview, partly to show the Federal Transit Administration, which would provide part of the funding, that Honolulu was committed. “We needed to send a very strong positive message that the project was good to go,” he said.


Honolulu signed a $483 million contract to design and build the first elevated section in November 2009.


The environmental‐​impact study wasn’t complete. Neither were surveys of archaeological and historic sites, including wahi pana, which are places Native Hawaiians consider significant. The city hadn’t coordinated plans with the electric utility, the state university or groups that owned land along the route.


Honolulu also hadn’t received final approval from the FTA for a $1.55 billion grant it was counting on, 30% of the project budget.


… Delays, such as losing bidders’ appeals, triggered a cascade of contract adjustments, ultimately costing hundreds of millions of dollars. A financial analysis ordered in 2010 by then‐​Gov. Linda Lingle, a Republican, said the project would cost $1.7 billion more than Honolulu anticipated. The report also said tax revenue for the project was likely to grow at 30% less than forecast. And it said ridership forecasts—about 100,000 a day when built and 120,000 daily a decade later—were too rosy.


… In spring 2016, an audit by the city found HART’s [Honolulu Authority for Rapid Transportation’s] financial plan in disarray, with hundreds of millions of dollars unaccounted for. The audit said financial disclosures and conflict‐​of‐​interest reports for contractors were missing or never required, train officials had radically miscalculated costs, and the authority was paying for vacant office space.


… The city and state released new audits earlier this year. The city audit showed that of 96 contracts awarded from 2008 to 2016, two‐​thirds had to be revised, with 641 change orders and amendments. “The rush to approve the project was for political purposes,” the audit said.