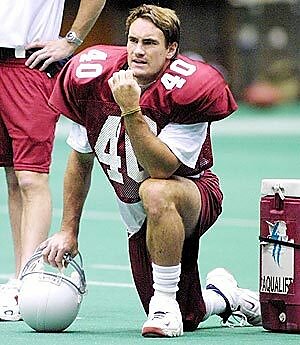 Pat Tillman, who gave up a lucrative NFL career to join the Army after 9/11, was a true patriot: he wanted to defend America, not conduct social engineering overseas. That led him to oppose the Iraq war.

According to a new book, Tillman, who was killed by friendly fire in 2004 and hailed as an all‐​American hero by the former president, was disillusioned by Mr Bush and his administration’s “illegal and unjust” drive to war.


In Where Men Win Glory: The Odyssey of Pat Tillman, by Jon Krakauer, the author relates the strong views of Tillman — who gave up his NFL football career to serve his country — and his brother Kevin, who joined the same Rangers unit.


The war “struck them as an imperial folly that was doing long‐​term damage to US interests,” Krakauer claims.


“The brothers lamented how easy it had been for Bush, Cheney, and Rumsfeld to bully secretary of state Colin Powell, both the houses of Congress, and the majority of the American people into endorsing the invasion of Iraq.”

Tillman was a true citizen soldier. Not only did he leave private life to serve in the military after his nation was attacked, but he believed it was his responsibility to look beyond the self‐​serving rhetoric of politicians to judge the wisdom of the wars which they initiated. The rest of us should remember his skepticism when confronted with the willingness of politicians of both parties to continue sacrificing American lives in conflicts with little or no relevance to American security.