Hashim Shawa, the head of the Bank of Palestine, says that in 2012 Palestine will adopt the private pension system that Chile pioneered 30 years ago and has exported throughout the world. As you can see from the map below, it will become the second Arab territory after Egypt to do so. Of course, the devil is in the details, and for the reform to be as successful as it has been in Chile, Palestine should introduce a whole set of complimentary economic reforms. But if done right, at least in this regard Palestinians will be ahead of almost all of their neighbors, including Israel. 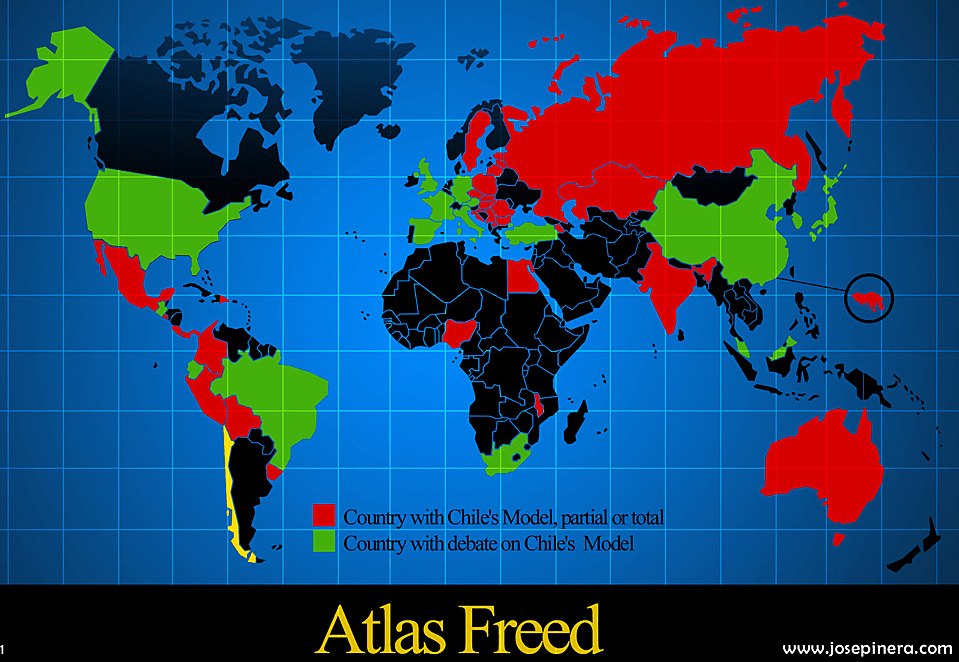