The following chart shows that ObamaCare's unfavorables reached 50 percent in the latest Kaiser Family Foundation poll.  That's higher than at any point since KFF started tracking ObamaCare's unfavorables in January 2010.  The KFF poll also found that opposition is much more intense than support; 19 percent view the law very favorably, while 34 percent view the law very unfavorably.  Despite the availability of the these nuggets, KFF'S press release chose to deemphasize the surge: "Americans Remain Divided Over Health Reform With An Uptick In Public Opposition As GOP Ramped Up Repeal Campaign." 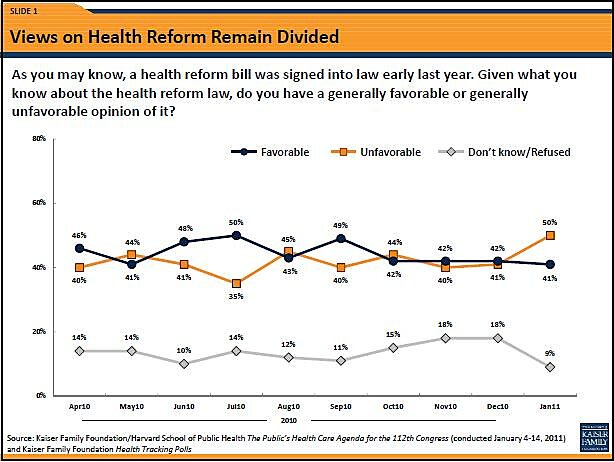 Even more entertaining was this chart, which purports to show that Americans oppose defunding ObamaCare by nearly 2-to-1. 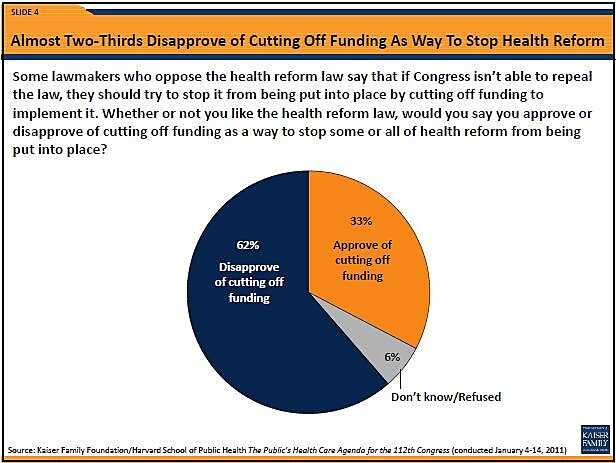 Despite these generally sensible views, 68 percent believe that Congress can balance the budget without cutting Medicare.