On an Objective Indicator of the State of Play in Syria

The fog of war has removed any sense of certainty regarding developments on the Syrian battlefield. That said, we know that ISIS has captured several towns, and that waves of Syrian refugees are disembarking upon Europe’s shores. But, the picture remains chaotic and hazy.

However, there is one objective indicator of reality in Syria. It is the Syrian pound’s black-market (read: free-market) exchange rate. The Johns Hopkins-Cato Institute Troubled Currencies Project (TCP) tracks and reports this important indicator on a daily basis. With the exception of a plunge in June 2013, the Syrian pound has witnessed an orderly, not chaotic, deterioration. 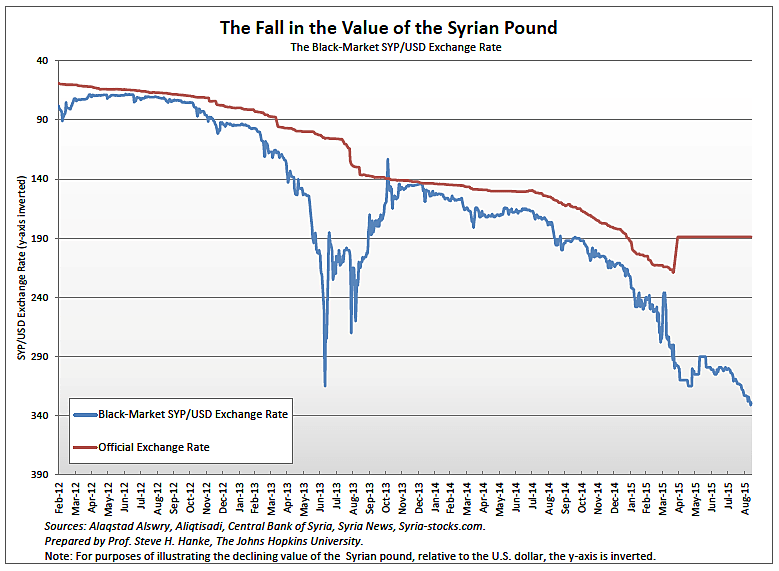 From Syria’s black-market exchange, standard economic theory and reliable empirical techniques allow us to produce accurate inflation estimates. Indeed, with the free market exchange-rate data (usually black-market data) reported by the TCP, the inflation rate can be calculated. The principle of purchasing power parity (PPP), which links changes in exchange rates and changes in prices, allows for a reliable inflation estimate, when inflation rates are elevated. To calculate the inflation rate in Syria, all that is required is a rather straightforward application of a standard, time-tested economic theory (read:PPP).

Despite the chaotic battlefield situation, the Syrian economy is, well, less chaotic. It is experiencing a slow and uneventful deterioration. That’s clear. As the charts depict below, both annual and monthly implied inflation rates have been rather stable, aside from the June 2013 hyperinflation scare. 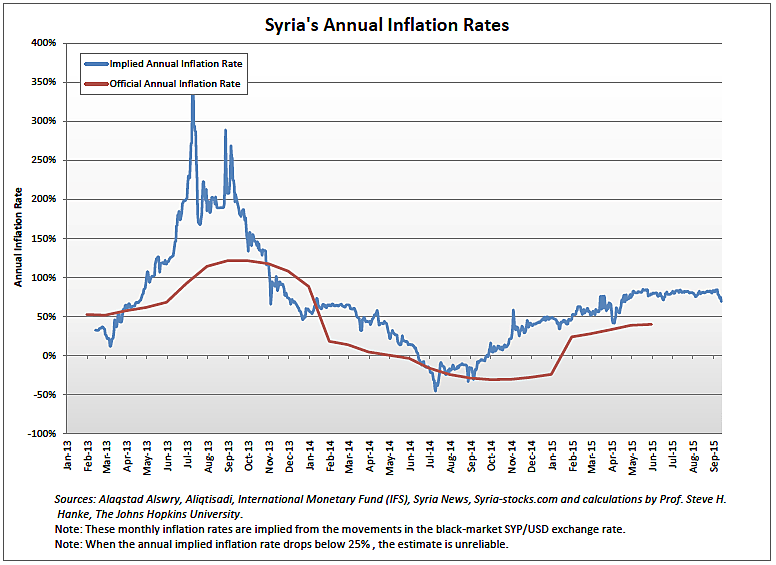 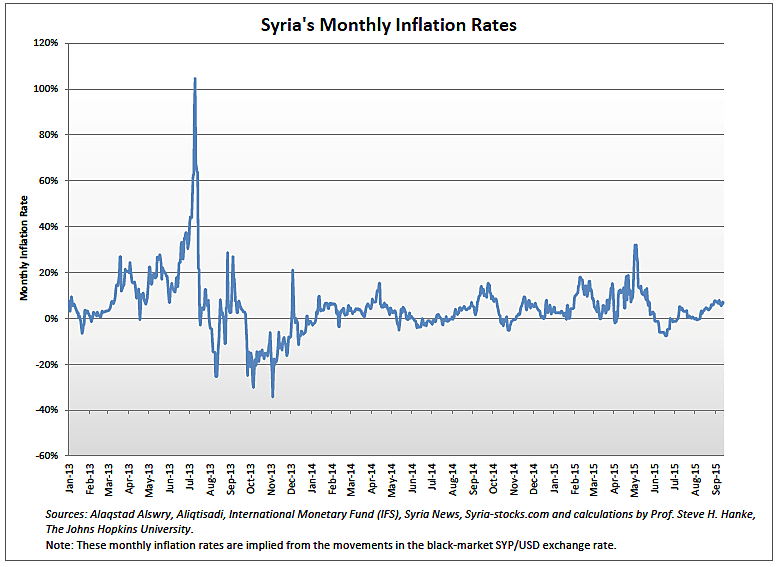 With Russia’s recent ramp-up in Syria, it will be worth paying particular attention to the SYD/USD black-market exchange rate. If the pound stabilizes, or strengthens, we will know that the presence of Russia, from the al-Assad government’s point of view, is paying dividends.