President Obama wants to raise the top two individual income tax rates for 2011. The top rates will rise from 33% to 36% and from 35% to 39.6%, unless the president and Congress agree to extend the current rate structure.


Before taking action on this issue, policymakers should consider the following facts and data. (All information is cited in my related congressional testimony). 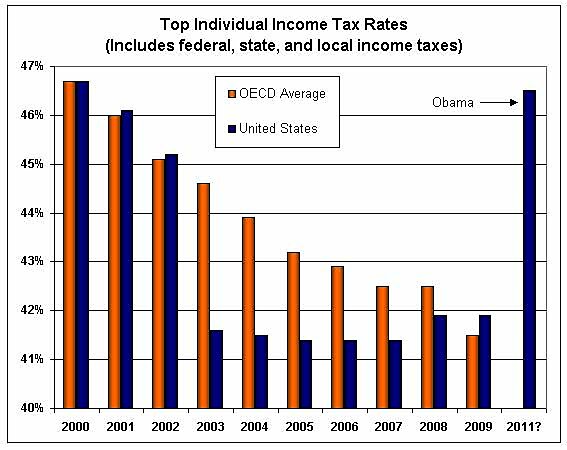 Those are the facts, and here are my views. It’s very sad that a nation that has been a bastion of free market growth and individual achievement has a tax code that is becoming very hostile to high‐​earners, entrepreneurs, and businesses.


Let’s keep the Bush tax cuts, cut our corporate tax rate from 40% to 20%, and cut government spending. Rather than the government filling its coffers at the expense of families, that policy would make the economy boom, and fill government coffers as a side effect of rising family incomes.