On Tuesday President Obama denounced corporations that cut their taxes by moving their headquarters abroad, and his Treasury Department issued new rules to stop the practice. But rather than helping hard‐​working Americans, as the president claimed, the new rules against “inversions” will hurt our economy. Higher corporate taxes will mean less corporate investment, which in turn means reduced productivity and lower wage growth for American workers.


Last month, the president hosted the new Canadian Prime Minister, Justin Trudeau, at the White House. Apparently, they hit it off partly because they share the same left‐​wing politics. But politics are different in different countries, and many leftist leaders abroad don’t have the same level of hostility to corporations that today’s Democratic leaders seem to. Both liberal and conservative leaders in places such as Canada and Europe have supported reduced corporate tax rates in order to boost investment and create job opportunities. That’s why the global average corporate tax rate is now just 24 percent, even as the U.S. federal‐​state rate remains stuck at 40 percent.


In his comments the other day, the president said that we need to revamp our corporate tax system and reduce the rate. He has said that many times before, but there is little evidence that he actually means it. 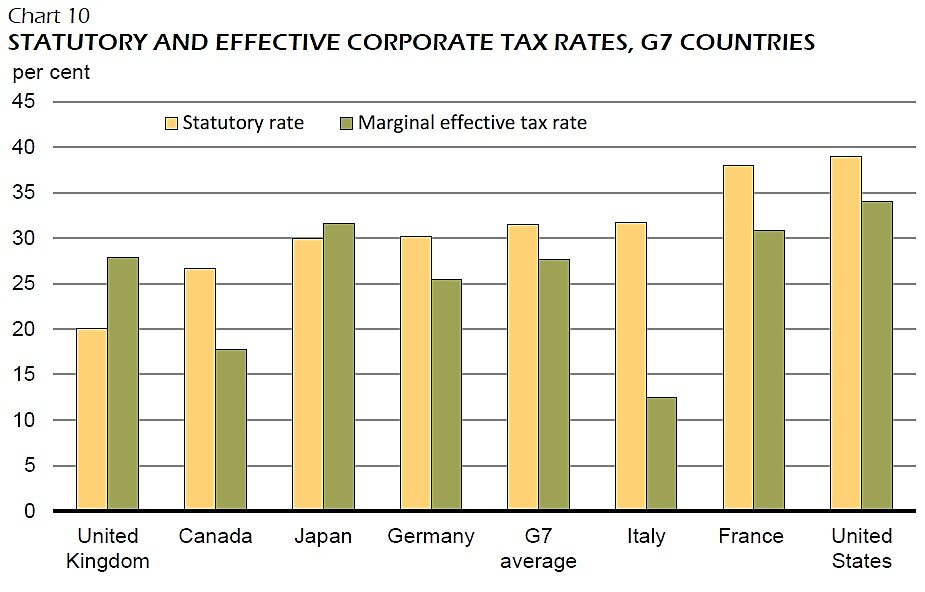