Obama Shellacking and the Federal Budget

A lot has happened since President Obama introduced his last budget in February 2010. His party took an historic “shellacking” at the polls for its big government policies, his Fiscal Commission recommended serious spending cuts, and European governments have illustrated the severe problems of deficit spending.

So take that Tea Party!


Obama claimed in his “Budget Message” yesterday that “taking further steps toward reducing our long‐​term deficit has to be a priority,” but looking at his actual budget numbers shows that isn’t true. 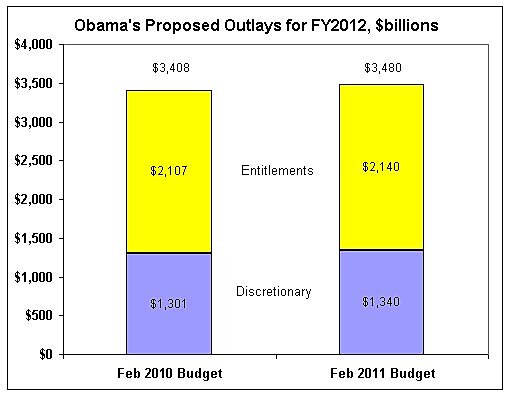