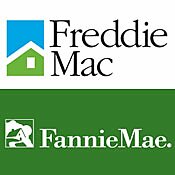 President Obama seems to be slowly waking up to the fact that the American public has grown tired of the endless bailout of Fannie Mae and Freddie Mac. The public has also rejected the talking point that Fannie and Freddie were simply victims of a 100 year storm in the housing market. So what’s Obama’s response? To ask for public comment and have public forums.


This strategy is clearly one of delaying and avoiding any reform of Fannie and Freddie while pretending to care about the issue. Where was the public comment and forums on the Volcker rule? Seemingly the standard is that fixing the real causes of the financial crisis should be delayed and debated while efforts like the Dodd bill, which do nothing to avoid future financial crises, should be rushed without debate or comment.


Even more disingenious is couching reform of Fannie and Freddie under the rubic of “fixing mortgage finance”. This is no more than an attempt to take the focus away from Fannie and Freddie and shift it to “abusive lending” and other non‐​causes of the crisis.


This isn’t rocket science. The role of Fannie and Freddie in the financial crisis is well understood. The only thing missing is the willingness of Obama and Congress to stand up to the special interests and protect the taxpayer against future bailouts.