President Obama has a lot of nerve asking the National Basketball Association to help him sell ObamaCare to their fans.

It's not just that President Obama is asking the NBA to lend its credibility to the least popular thing this side of Tim Donaghy. Obama has spent his political career trying to take more money from high-income earners like NBA players, executives, and owners. ObamaCare is one of his great successes in that effort. Another is the recent fiscal-cliff-avoidance deal. Yet Obama isn't satisfied; he wants to take even more of their money. 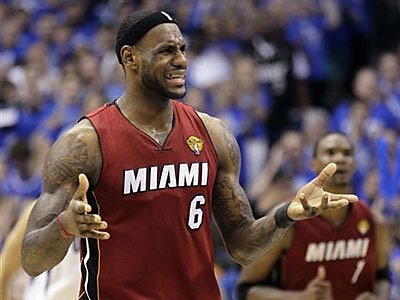 NBA players, owners, and executives are extremely talented and productive people. They create lots of jobs. They earn lots of money because they make other people happy. For this crime, they already pay more in taxes than almost anyone, and pay more than they receive from the government in benefits.

Yet President Obama seems to spend every waking moment trying to figure out how to take even more from them. And then he turns around and asks them to help him sell his train wreck of a health care law. Chutzpah.

Before the NBA casts its lot with ObamaCare, every NBA player, executive, and owner should ask their accountant exactly how much this president has cost them. I'm looking at you, Lebron.