Following North Korean supreme leader Kim Jong-il’s death last December, many around the world had high hopes that his successor (and son), Kim Jong-un, would launch much-needed economic and political change. Unfortunately, in the months since the new supreme leader assumed power, little has changed for North Koreans outside of the small, communist upper class. The failed communist state has not delivered on its advertised economic reforms.

One thing it has delivered, however, is weapons, which have flowed through its illegal arms-trafficking pipelines. And, if that’s not enough, North Korea is planning another missile test  in the near future. But, as it turns out, the only thing that is certain to blast off is inflation. 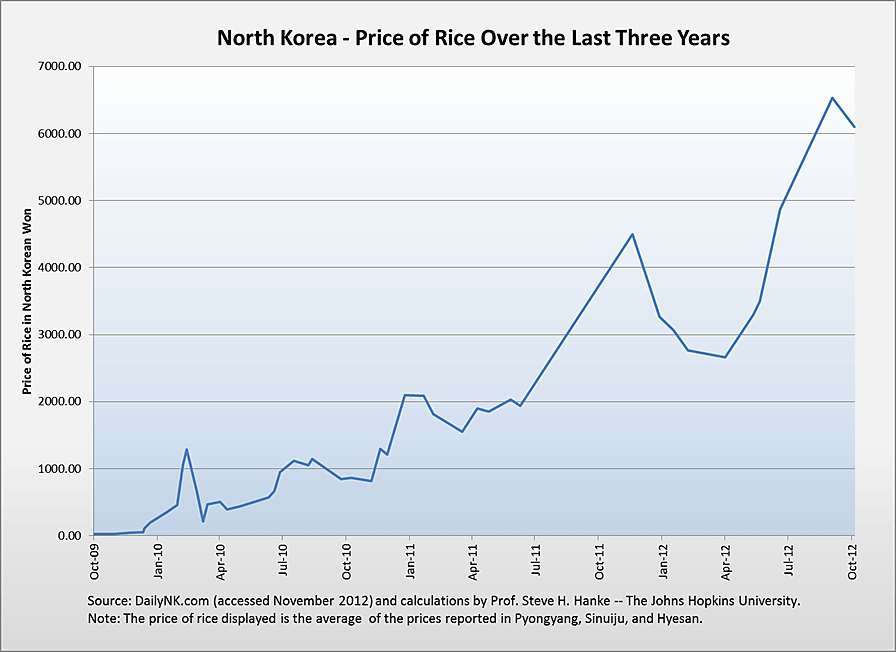 While the North Korean government worries about rocket launches and how to supply Syria with weapons, and while its archaeologists “discover” ancient unicorn lairs, its citizens' food bowls are becoming quite expensive to fill. The supreme leader’s priorities, it would seem, are supremely out of whack.