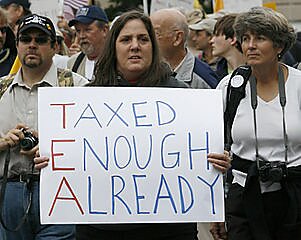 According to Ben Jacobs at the Daily Beast, Sen. Elizabeth Warren (D-MA) will soon be introducing legislation to allow holders of federal student loans to refinance at lower interest rates. There’s no indication that the new rates would be in exchange for longer terms, or anything like that. Just lower rates because someone might have borrowed at 7 percent, rates for new loans are now at 3 percent, and, well, paying 7 percent is tougher.


Perhaps more concerning than the questionable use of the term “free‐​market principles,” however, is the article’s handling of my reponse to the author’s request for comment. Apparently, I was fine with Warren’s rough idea, except for one little thing. Writes Jacobs:

In fact, Neal McCluskey, a higher education expert at the libertarian Cato Institute, had difficulty finding objections to the concept of Warren’s bill though he cautioned that was without any legislation for him to read. Instead, he was agog at the issues involved with reducing government revenue through lowering interest rates because the lender has to pay for it and, in this case, the lender is the American taxpayer.

How much bigger an objection could there be to “the concept of Warren’s bill” than that such a move would leave taxpayers holding the bag? As I often try to emphasize, taxpayers are people, too. There are lots of other concerns — most centrally, easy aid fuels tuition inflation – but to gently paraphrase Vice President Biden, reducing revenue that’s already been budgeted is a big deal!

Let me rephrase that: It should be a big deal. But as proposals like this indicate, it’s not nearly as big as it ought to be.