In 1995, shortly after becoming Speaker of the House, Newt Gingrich mulled a radical overhaul of the U.S. Food and Drug Administration. As he put it to a room full of health insurers, “Maybe we’ll take out FDA.”


What made Newt likable to advocates of freedom is sadly no longer part of his schtick. Here’s how Andrew Stiles reports on Newt’s appearance on Meet the Press yesterday:


As far as an alternative, Gingrich trotted out the same appeal employed by Obama/​Reid/​Pelosi — for a “national conversation” on how to “improve” Medicare, and promised to eliminate ‘waste, fraud and abuse,’ etc.


“I think what you want to have is a system where people voluntarily migrate to better outcomes, better solutions, better options,” Gingrich said. Ryan’s plan was simply “too big a jump.” 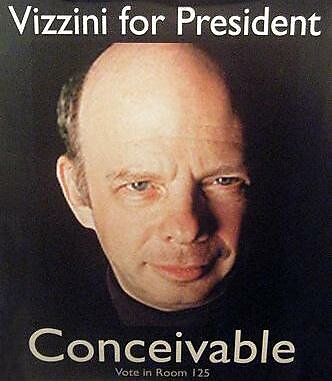 
But it is completely inconsistent with Newt’s opposition to President Obama’s call for a so‐​called “public option” to compete with private insurance companies. In 2009, Newt told Good Morning America:

I guarantee you the language they draft for the public plan will give it huge advantages over the private sector or it won’t work…what they will do is rig the game…I mean, anybody who’s watched this Congress who believes that this Congress is going to design a fair, neutral playing field I think would be totally out of touch with reality.

Newt may not realize this, but he was actually explaining why his preferred Medicare reforms would fail: Congress would rig the game to protect the “public option” that Congress offers to seniors — i.e., traditional Medicare. House Republicans, led by Paul Ryan, rather bravely stuck to their guns when they kept a “public option” out of their proposed Medicare reforms. Ryan is offering Republicans credibility and success. By his own admission, Newt is offering them failure.


What’s up with Mitt Romney and Newt Gingrich? Does the Republican presidential nomination race have some sort of prize for insincerity or incoherence that I don’t know about?


Finally, Newt endorsed a “variation of the individual mandate” (tell me again why he opposes ObamaCare?) and said there is “a way to do it that make most libertarians relatively happy.” He must have meant to say leftists rather than libertarians. Regardless, I invite Newt to come to the Cato Institute so he can explain to people who actually care about freedom just how happy he’s going to make us.