The Economic Development Administration (EDA) is a Department of Commerce agency that subsidizes local business activities. The EDA cost taxpayers $287 million in 2017.


The EDA funds activities that should be funded by local governments and the private sector. In the photo below, a federal official and a congressman are handing a check to local representatives to pay for road and water facilities at a new Home Depot store. 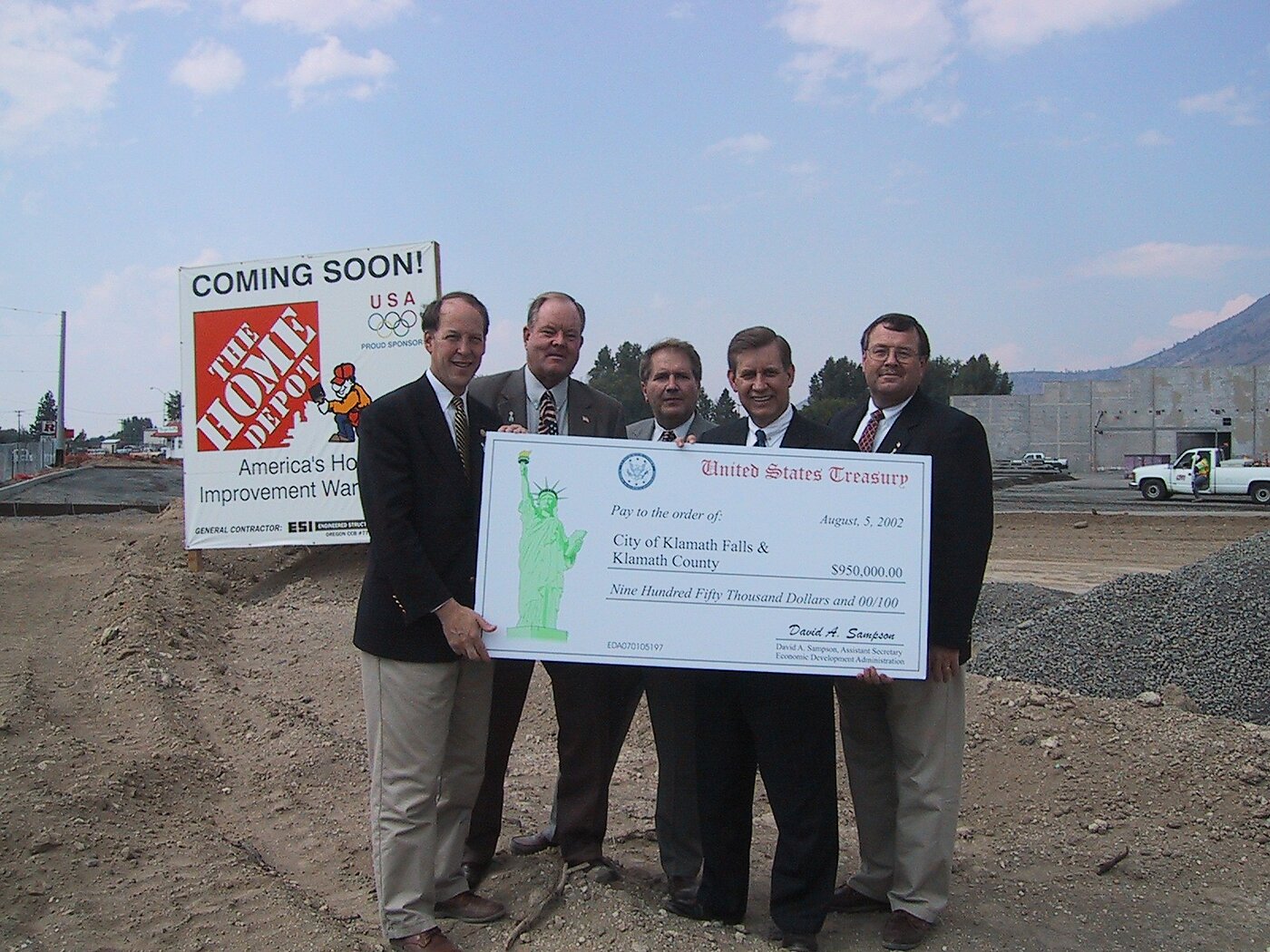 President Trump proposed abolishing the EDA in his recent federal budget. That would be a good reform, and a new study at Down​siz​ing​Gov​ern​ment​.org discusses the EDA’s history and reasons to eliminate it.


Republican Hal Rogers of Kentucky worries that starvation may increase in his district without the program. That claim defies logic, but congressional Republicans recently sided with Rogers, and  increased EDA spending by $25 million.


A long time ago, legendary anti‐​pork Democrat Senator William Proxmire targeted the EDA with his “Golden Fleece Awards.” He pointed to wasteful EDA spending such as this “cursed pyramid” in Indiana.


Proxmire argued that the EDA “deserves to die,” and he was right.


Trump will have to try again next year. If the Republicans can’t cut the EDA, they can’t cut anything.


My analysis, with Tad DeHaven, of the EDA is here.