Writing in The Hill last week, retired Brigadier General John Adams declared global overcapacity in the aluminum sector to be a national security threat and urged President Trump to “impose meaningful relief” for domestic industry. With Trump widely expected to make a decision in the coming months—or perhaps even sooner—on whether to impose new restrictions on aluminum imports as part of a Section 232 investigation initiated last year, it’s the type of argument we are likely to see more of in the weeks ahead. While no one should doubt the sincerity of Adams’ concern for U.S. national security, his description of the industry’s travails and claim that its salvation lies in the raising of import barriers is deserving of closer scrutiny.

Stating that aluminum prices have “come under pressure” since 2009, Adams notes that this correlates with both the addition of 17 million metric tons of new capacity by state-owned smelters and a 60 percent reduction in U.S. primary aluminum (produced directly from mined ore) capacity along with the loss of over 4,000 jobs. Perhaps more alarmingly, he points out that the lone U.S. smelter capable of producing “high-purity, American-made aluminum” used in a variety of defense platforms is currently operating “at only 40 percent capacity and under great economic pressure to compete with Chinese dumping.”

Illegally-subsidized foreign aluminum is distorting global pricing and flooding American marketplaces, driving down domestic prices, depleting production, and forcing manufacturing facilities across the nation to close their doors. Relief is needed and needed soon to ensure that this historic and vital American industry can stay afloat. Relief against China alone won’t revitalize the industry.

…Imagine a world where we are 100 percent dependent on China, the United Arab Emirates and Russia to equip our armed forces and build critical infrastructure. We need broad and effective relief to protect thousands of American jobs and ensure that the U.S. primary aluminum industry will continue to play a vital role in U.S. national security.

This seemingly grim picture is at best incomplete, beginning with the fact that any decline in the price of aluminum is a boon to the many U.S. industries—ranging from beer cans to cars to airplanes—for which the commodity is an important production input. Talk of rising capacity among state-owned firms and prices under pressure, meanwhile, suggests a notable decline in the historical price of this commodity, but that is at odds with the historical data. For over two years aluminum has seen a steady upward trend in price, and it can only be considered cheap relative to the commodities super-cycle of the last decade. 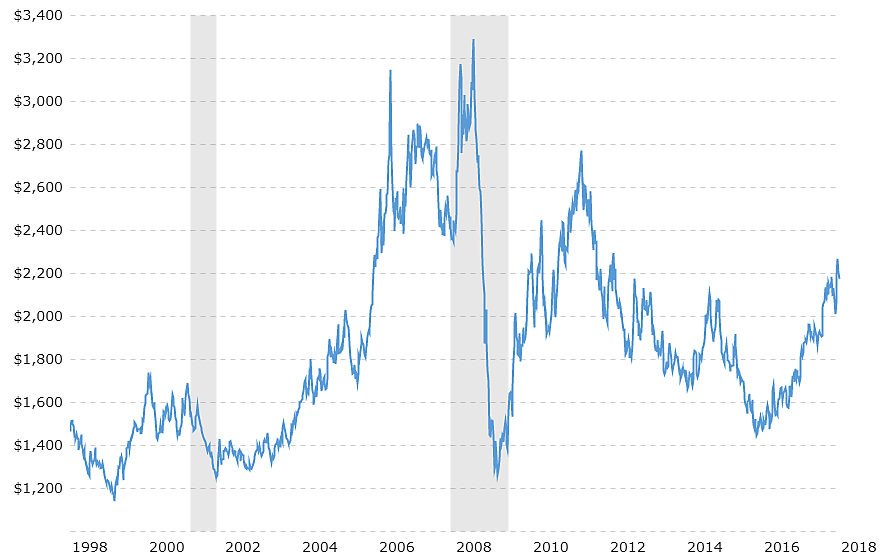 If the price of aluminum is not particularly cheap by historical standards, what then explains the decline in U.S. production capacity and loss of jobs? It helps to first understand that a key variable in the production cost of aluminum is electricity (aluminum smelters account for roughly 3.5 percent of global electric power consumption) and that aluminum smelters are frequently placed in close proximity to cheap sources of power such as hydroelectric. Electricity prices in the United States, however, are more expensive than those which can be found elsewhere, prompting a search by U.S. firms for lower cost locales in order to remain competitive. Simply put, much of the industry has left for greener, or rather cheaper, pastures as noted by The New York Times:

Alcoa, formerly the Aluminum Company of America, and another American company, Century Aluminum, have opened factories like this in Iceland, and closed factories in the United States, for a simple reason: Electricity is much cheaper here. This year, tiny Iceland is on pace to make more aluminum than the United States. So are its fellow hydropower superpowers, Canada and Norway.

Indeed, beyond Iceland Alcoa owns an additional three smelters in Quebec. It should be stressed that this is hardly an example of a “race to the bottom,” with Canada and Iceland known neither for their cheap labor or lax environmental policies.

And despite Adams’ warning of a future in which the United States is forced to rely on China, Russia, and the UAE for its defense and infrastructure needs, the top source of U.S. aluminum imports in recent years by some distance has been Canada, which supplies more aluminum to the United States than the nine next largest sources combined. 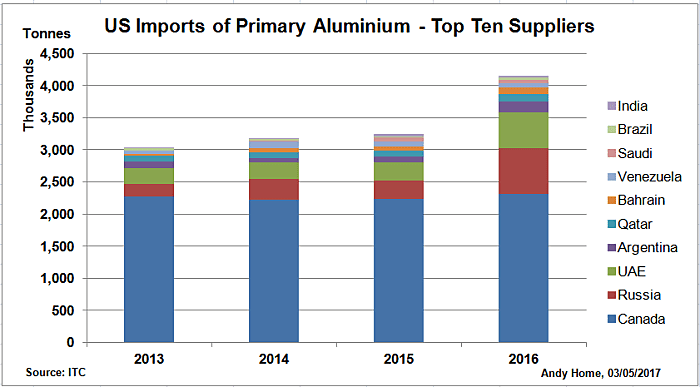 Not only is Canada the largest U.S. supplier, it is also considered such a close strategic partner that it has been designated as part of the national technology and industrial base (along with Australia and the United Kingdom) and its firms are legally obligated to supply American military contractors in exchange for their exemption to Buy American provisions. If the day ever does come that the United States cannot meet its own aluminum needs for national security, why not simply purchase from our neighbors to the north?

Such an eventuality, however, is difficult to imagine. Even if every U.S. aluminum smelter were to close, this does not necessarily mean their productive capacity has been forever lost as facilities can later be brought out of mothballs. As this industry publication notes, the United States currently has “a little more than a million tons of capacity lying idled, ready for restart if the conditions are right.” In addition, to the extent excess capacity exists in the U.S. aluminum industry this could be considered a national security asset as it allows for a quick ramping up of production should a wartime emergency arise.

Lastly, if global overcapacity is the chief culprit for the ills faced by the domestic aluminum industry as Adams claims, it is unclear how the type of remedy he seeks—“significant comprehensive relief across all aluminum imports”—is the appropriate solution. By providing an incentive for the re-opening of shuttered domestic smelters to meet demand previously filled by imports, the problem could actually be worsened as capacity is further expanded. That Canada and other foreign allies would be harmed, straining relations and leading to possible retaliatory measures, further calls the wisdom of such a move into question. Indeed, as Dan Ikenson warns, other governments likely would follow the U.S. lead and cite national security concerns of their own in order to “bestow protectionist favors on their own favored domestic interests.” The opening of this Pandora's box, he adds, would soon lead to an unraveling of the international trading system.

Rather than sweeping protectionist actions, the United States would be better advised to follow the advice given by the Aluminum Association of Canada in its comments on the 232 investigation (and echoed by other groups such as the National Foreign Trade Council). Emphasizing the need for a do no harm approach, the organization calls for Canada, the United States, and Europe to “engage with China within an appropriate international forum to formally assess the situation in full transparency and take action to quickly and progressively resolve the issues affecting the world aluminum market.” With China already engaged in production cuts in the aluminum sector, the potential for such talks to reach a successful conclusion should not be casually dismissed.

National security arguments are in many ways the gateway drug of protectionism, using an appeal to patriotism to convince otherwise sensible people to support self-destructive policies. So too it would be with new restrictions on the importation of aluminum, which would come at a considerable cost to the many downstream industries that rely on this commodity to produce their goods. The underlying issues which have harmed the competitiveness of U.S. aluminum smelters such as electricity costs and overseas capacity, meanwhile, would be left addressed or conceivably worsened. When it comes to new tariffs on imports of aluminum President Trump should just say no.