More than 16,000 murders occurred in Venezuela in 2009. That compares with 4,550 homicides reported in 1998, the year Hugo Chavez was elected president. The fact that Venezuela now has one of the world’s highest violent crime rates underscores the Chavez revolution’s utter neglect of the basic and proper functions of government.

Yet the problem is downplayed by the government, which inexplicably blames capitalism and poverty even though official figures show a fall in poverty rates. As if to highlight the government’s insensitivity, the president of state-run TeleSUR TV station recently laughed off the problem in a widely-seen CNN interview.

Last week, El Nacional newspaper published this graphic front-page photo of crime victims in a morgue. The official response from a government-controlled court has been to ban media from publishing violent images for one month. Thus, today El Nacional ran the front-page photo below, which reads “Censored” in the space where photos should be. The way the Bolivarian Revolution is going, Venezuelans can expect the government to continue resolving social problems in the same way. 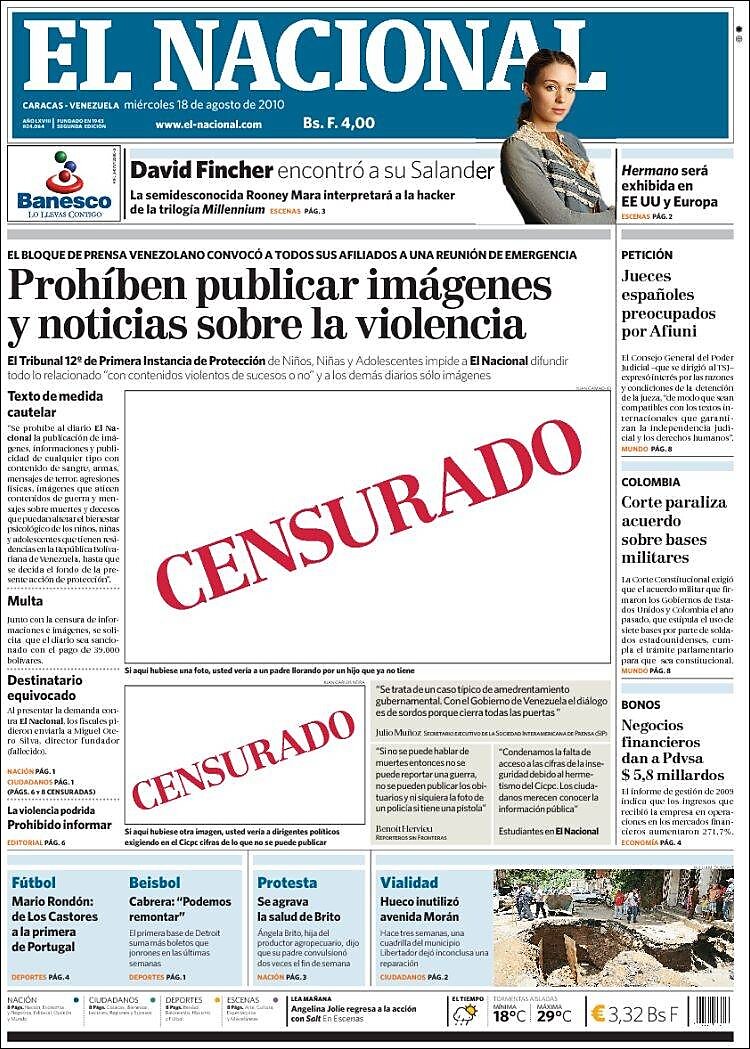