Moody’s Caves In to Political Pressure on Municipal Bonds 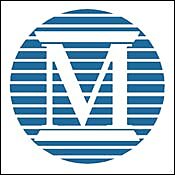 Moody’s has announced that it will change its methods for rating debt issued by state and local governments. Politicians have argued that its current ratings ignore the historically low default rate of municipal bonds, resulting in higher interest rates being paid on muni debt, or so argue the politicians.


First this argument ignores that the market determines the cost of borrowing, not the rating. And while ratings are considered by market participants, one can easily find similarly rated bonds that trade at different yields.


Second, while ratings should give some weight to historical performance, far more weight should be given to expected future performance. Regardless of how say California‐​issued debt has performed in the past, does anyone doubt that California, or many other municipalities, are in fiscal straights right now?


The gaming over muni ratings illustrates all the more why we need to end the rating agencies govt created monopoly. As long as govt has imposed a system protecting the rating agencies from market pressures, those agencies will bend to the will of politicians in order to protect that status. As Fannie and Freddie have demonstrated, it ends up being the taxpayers and the investors who ultimately pay for this political meddling.