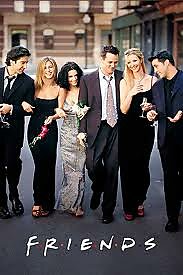 At one time or another over the past two decades, most school choice supporters have felt like the subject of the “Friends” theme song; that it hasn’t been their day, their week, their month, or even their year.


Things are different now. For one thing, choice programs have proliferated and grown over time, more are being introduced this year than perhaps ever before. And for another, well, this IS their week: the first national School Choice Week.


Events are being held all over the country to celebrate the idea that families should be able to easily choose the best schools for their kids, and that schools should have to compete for the privilege of serving them.


Here at Cato’s Center for Educational Freedom, we’re dipping into the future to see what it holds. How are large scale public/​private school choice programs working out in countries that have had them for two or three decades? To find out, we’ve invited the founder of the largest private school chain in Sweden and a Chilean economist researching his own nation’s program to share their experiences and findings on Friday at noon.


Given how alien for‐​profit k‐​12 schooling appears to most Americans, imagine the reaction Peje Emilsson got in 1999 when he proposed founding a chain of for‐​profit schools in Sweden. Already the founder of a multinational communications firm, Peje broached the idea with some of his nation’s top entrepreneurs and economists. If you’d like to find out what they had to say, and how his idea has turned out in practice, you won’t get another chance any time soon. Hope you can join us on Friday — to register for free, click here!