The Democrats are proposing to double the federal minimum wage from $7.25 an hour to $15 an hour. That would be a damaging policy as it would eliminate entry level jobs and make it harder for young people to gain work experience. Earlier this week, the CBO estimated that a $15 minimum wage imposed nationally would eliminate 1.4 million jobs.

The damage from imposing a higher minimum wage would vary across the country because the states have different economic structures. To illustrate the large differences, the chart shows average hourly wages for all nonfarm wage and salary workers in 2019. The average wage in Massachusetts at $31.58 is 64 percent higher than the average in Mississippi at $19.27. A $15 minimum imposed nationwide would likely cause the most job losses in the states with the lowest wage structures.

States are free to impose higher minimum wages than the current federal one, and 29 states have opted to do so. The other states, such as Mississippi, tend to have lower wage structures, and state lawmakers in those places know that a higher minimum would be damaging to their economies. It makes no sense for federal politicians to barge in an override these state policy choices. 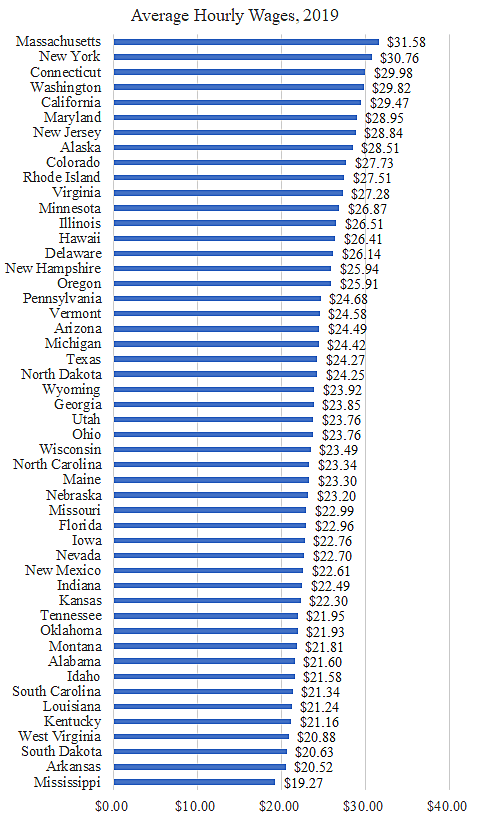