State‐​local taxes are 14.7 percent of personal income in the largest outflow state, New York, but they are just 7.5 percent in the largest inflow state, Florida. Florida’s government costs half as much as New York’s and the services are probably just as good. Florida is warm and sunny, so why not move?

Billionaire Carl Icahn is planning to move his home and business to Florida to avoid New York’s higher taxes. … The move is scheduled for March 31 and employees who don’t do so won’t have a job.

… Hedge fund billionaires have relocated to Florida for tax reasons for years—David Tepper, Paul Tudor Jones and Eddie Lampert being among the most prominent. But Florida officials have been aggressively pushing Miami as a destination for money managers since the Republican‐​led tax overhaul.

The Republican overhaul in 2017 likely accelerated interstate migration because it increased the relative tax pain of living in high‐​tax states.

We don’t yet have hard data on the migration impact, but there is a stream of articles with anecdotal evidence. The Wall Street Journal reported this week:

… Financial planners say that as high‐​net‐​worth taxpayers finalize their 2018 returns to meet the October tax‐​extension deadline, they expect many residents of New York, New Jersey, California and other relatively high‐​tax states will decide to spend more time in Florida, Texas, Nevada or other states that don’t collect income taxes, or move there outright.

“People are just starting to see the effect,” says Daniel Bernard, an attorney with Twomey Latham in Riverhead, N.Y. “Over the coming months we’re going to see a lot more people looking to establish Florida residency.”

Ed Wollman, a founding partner who handles taxes and estates with Wollman, Gehrke & Associates in Naples, Fla., says a New York City snowbird couple with taxable income of $500,000 would pay about $50,000 in state and city income taxes. A couple with the same taxable income in Illinois would escape a tax bill of close to $25,000 by moving to a no‐​income‐​tax state, he says. In New Jersey, the savings would be nearly $32,000, in California more than $46,000 and in Connecticut more than $32,000.

… In Texas, estate attorney Virginia Hammerle of the Hammerle Finley Law Firm in Lewisville reports an influx of snowbird clients wanting to move their tax residences from California and the East Coast. “This has become a very hot topic,” Ms. Hammerle says. “I’ve had clients who tell me they realize savings of $50,000 to $100,000 annually.” 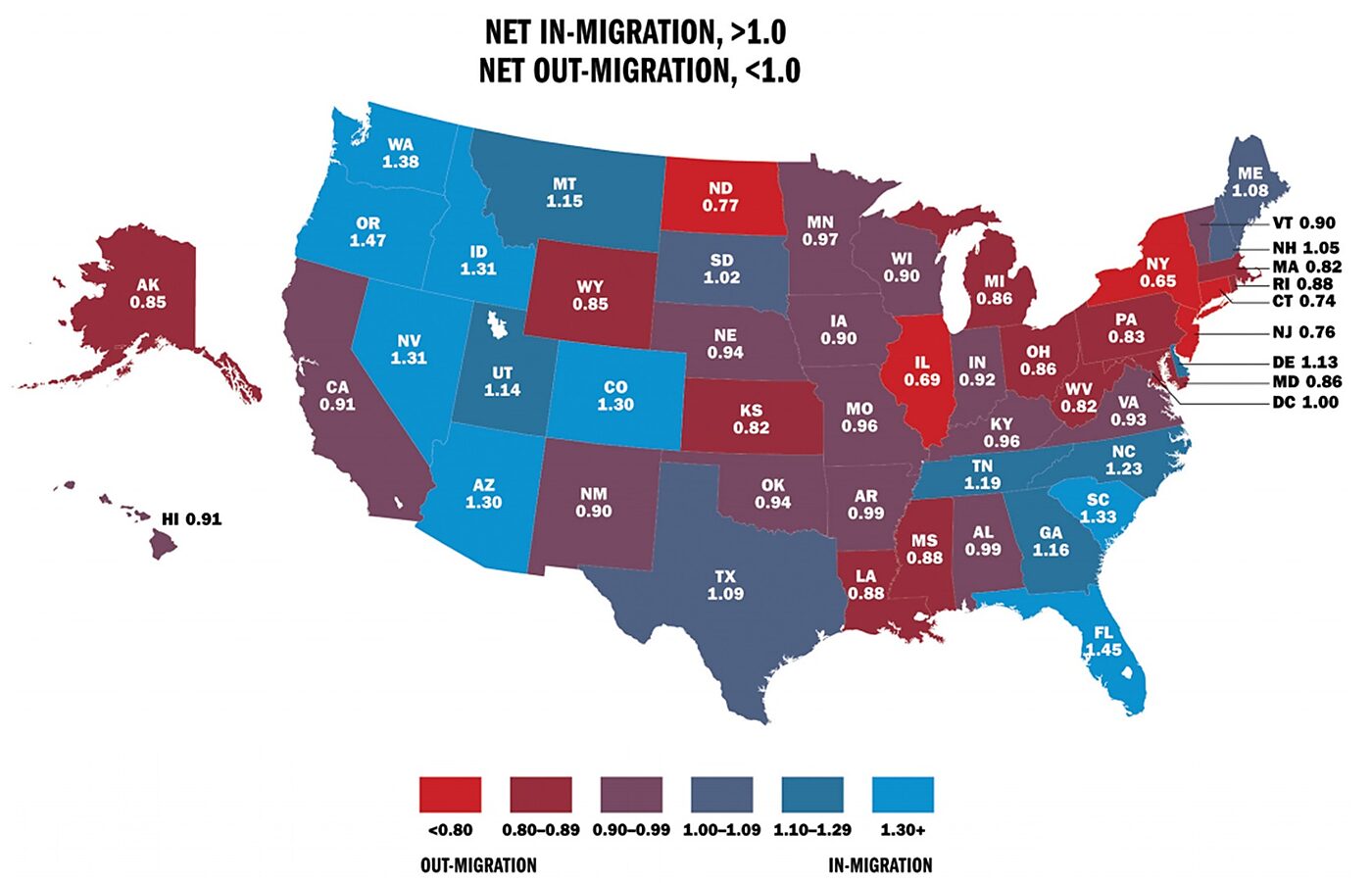