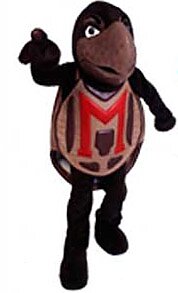 I dread my morning commute, largely because of awful D.C. traffic, but also because I never know when I’m going to hear something on the radio that’s (1) going to anger me, and (2) force me to alter my day’s plans so I can lay the smack down on some education report that begs for clarification.


Today, (2) happened, with a reporter from the Washington Business Journal touting a new study on the University of Maryland, College Park — Maryland’s flagship public university — as cause for Marylanders to be ecstatic about the taxes they pay to support the school. According to the WBJ’s online article about the report, the Free State gets $8 back for every $1 taxpayers “invest” in UMCP — a clear winner!


Um, not so fast, WBJ! These kinds of too‐​good‐​to‐​be‐​true impact studies are usually just that — too good to be true. There are often many problems with them, but most important is that unless the analysts looked at opportunity costs — what would have been produced by the tax dollars had they been left with taxpayers — there is no way to say that Marylanders should be eternally grateful for having to fear the turtle. It is entirely possible, as economist Richard Vedder has demonstrated, that taxpayers would have gotten a better return had they kept their money rather than having to hand it over to students and profs.


Of course, before I posted this objection, I had to check out the report to see if it is forthcoming about opportunity costs. Unfortunately, despite the university touting the findings yesterday and the WBJ reporting on them this morning, all I could find was the 2008 impact report, both looking on the site of the group that commissioned the study — the University of Maryland College Park Foundation — and the outfit that conducted the research. As a result, I can’t say with absolute certainty that the 2009 study doesn’t consider opportunity costs. If the 2009 report is like 2008’s, however, Marylanders have no cause for rejoicing. There’s zero reason to believe that they wouldn’t have been better off if they had just been able to keep their hard‐​earned ducats.