Mattis Reassures in Asia, But Who Has Trump’s Ear on Foreign Policy? 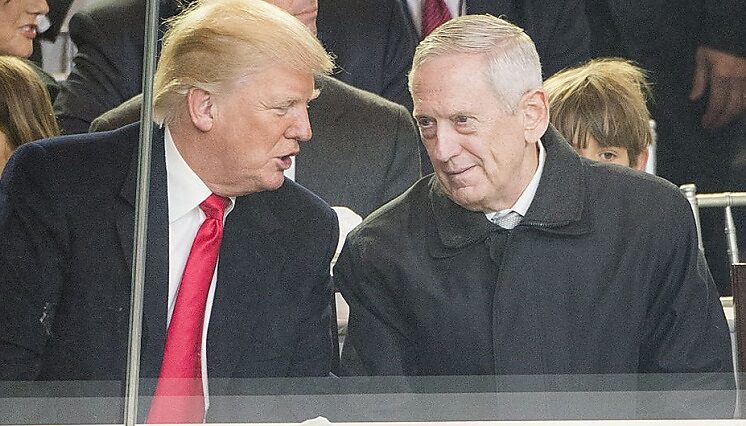 On his first official trip as secretary of defense, Jim Mattis sent a signal to U.S. allies that American foreign policy in the region will feature more continuity than change. In South Korea, Mattis reaffirmed that the United States would react to a nuclear attack by North Korea with an “effective and overwhelming” response, and stated, along with the South’s defense minister, America’s commitment to proceed with the deployment of the THAAD missile defense system. Mattis also provided clarification on the administration’s position in the South China Sea. In a break with past rhetoric by other administration officials, Mattis said “At this time we do not see any need for dramatic military moves [in the South China Sea],” and emphasized the importance of diplomacy.

Mature foreign policy statements have been a rare commodity since Trump’s election, and Mattis's reassurance tour brought a deep sigh of relief from friends and adversaries alike. Whether or not Trump will follow through on Mattis’s words is an open question, however.

Initial reporting on the Trump administration’s approach to decision-making reveals two things. First, while his outlook cannot be labeled "restraint," Mattis has a relatively restrained or moderate outlook on foreign policy. Second, the ability of such moderate voices to influence Trump is challenged by a group of policy advisors centered on Chief Strategist (and National Security Council member) Steve Bannon that has a much more aggressive outlook.

Both Mattis and Bannon have had some success in shaping policy. Mattis was reportedly able to tone down the language that Michael Flynn, the national security advisor, used when putting Iran “on notice” after Iran conducted a ballistic missile test. Bannon’s major policy success was the executive order barring immigrants from seven Muslim-majority countries, which he oversaw the drafting of along with policy advisor Stephen Miller. Mattis was allegedly not consulted while the immigration order was being drafted. He also reportedly did not see the final version of the order until hours before its release. Additionally, the executive order that gave Bannon a seat on the National Security Council was reportedly signed by Trump without the president being briefed on the details of the order. The author of the order is unknown.

It is difficult to predict who will have the president’s ear on issues of foreign policy and national security, but the first few weeks of the Trump administration indicate that Bannon wields significant influence given his central role in the immigration executive order. This influence caused tension with Mattis, and the homeland security secretary John F. Kelly who sparred with Bannon over whether or not Kelly could issue a waiver for green-card holders affected by the immigration ban.

Of course, all administrations have some degree of internal division, and these recent disagreements come as new advisors are getting used to their roles in a new administration.

Nevertheless, there appear to be at least two cliques taking shape among Trump’s foreign policy and national security advisors: the relatively moderate and restrained professionals like Mattis, and the aggressive firebrands like Bannon. It remains unclear which advisors belong to which clique, but the struggle between these two groups will shape future policy decisions in the Trump administration for the foreseeable future. Since both have some small “wins” under their belt, it is also unclear which clique will end up winning the important policy decisions. Watching how these two groups develop and lobby for their policies will be essential to understanding the Trump administration’s approach to foreign policy and national security.