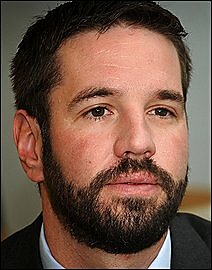 Former Marine captain Matthew Hoh became the first U.S. official known to resign in protest over the Afghan war. His letter of resignation echoes some arguments I have made earlier this year, namely, that what we are witnessing is a local and regional ethnic Pashtun population fighting against what they perceive to be a foreign occupation of their region; that our current strategy does not answer why and to what end we are pursuing this war; and that Afghanistan holds little intrinsic strategic value to the security of the United States.


In his own words:

The Pashtun insurgency, which is composed of multiple, seemingly infinite, local groups, is fed by what is perceived by the Pashtun people as a continued and sustained assault, going back centuries, on Pashtun land, culture, traditions and religion by internal and external enemies. The U.S. and NATO presence and operations in Pashtun valleys and villages, as well as Afghan army and police units that are led and composed of non‐​Pashtun soldiers and police, provide an occupation force against which the insurgency is justified….I have observed that the bulk of the insurgency fights not for the white banner of the Taliban, but rather against the presence of foreign soldiers and taxes imposed by an unrepresentative government in Kabul. The United States military presence in Afghanistan greatly contributes to the legitimacy and strategy message of the Pashtun insurgency.


So, what’s the situations like now? Afghanistan’s second‐​round presidential elections scheduled for early November will do little to change realities on the ground. Counterinsurgency–the U.S. military’s present strategy–requires a legitimate host nation government, which we will not see for the foreseeable future regardless of who’s president.


What’s the political strategy? President Obama has painted himself into a rhetorical corner. He’s called Afghanistan the “necessary war,” even though stabilizing Afghanistan is not a precondition for keeping America safe. We must remember that al Qaeda is a global network, so in the unlikely event that America did bring security to Afghanistan, al Qaeda could reposition its presence into other regions of the world.


Should we stay or should we go? The United States must begin to narrow its objectives. If we begin to broaden the number of enemies to include indigenous insurgent groups, we could see U.S. troops fighting in perpetuity. The president has surged once into the region this year. He does not need to do so again.


This is the deadliest month so far, thoughts? Eight years after the fall of the Taliban regime, Afghanistan still struggles to survive under the most brutal circumstances: corrupt and ineffective state institutions; thousands of miles of unguarded borders; pervasive illiteracy among a largely rural and decentralized population; a weak president; and a dysfunctional international alliance. As if that weren’t enough, some of Afghanistan’s neighbors have incentives to foment instability there. An infusion of 40,000 more troops, as advocated by General Stanley McChrystal, may lead to a reduction in violence in the medium‐​term. But the elephant in the Pentagon is that the intractable cross‐​border insurgency will likely outlive the presence of international troops. Honestly, Afghanistan is not a winnable war by any stretch of the imagination.