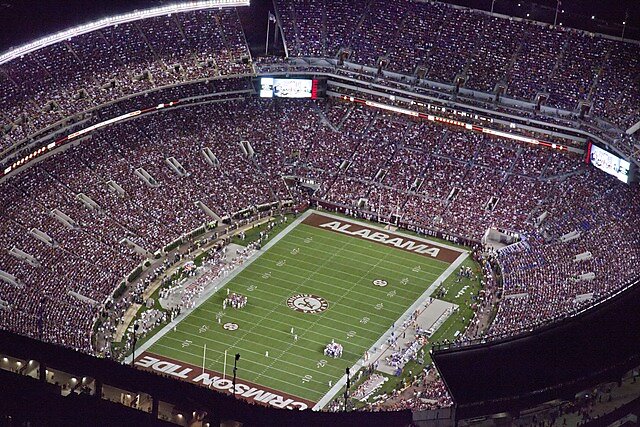 Tonight is the college football championship, an all‐​SEC affair between the Bulldogs of the University of Georgia and the Alabama Crimson Tide. Going into it, however, even these programs have something to lament: the end of the 80 percent federal tax deduction season ticket holders would get for providing mandatory “gifts” to the schools’ athletics departments. It went away with the recently enacted tax reform package.


Yes, the tax code treated it as charitable giving when one made a required donation, on top of actual ticket costs, to get into college football games. That included the $4,000 per‐​seat, per‐​year, needed to obtain Ivory Club seating at the University of Alabama, and the $2,250 required for Champions Club views at Georgia. Presumably the justification was that market failure—season ticket buyers thinking only of the private good of attending games—would have undervalued Alabama head coach Nick Saban’s, or Georgia coach Kirby Smart’s, contribution to the public good, and absent Saban’s roughly $11 million annual compensation, and Smart $3.8 million, the public would have been hurt by these guys (and lots of assistant coaches) doing something other than coaching football. (To be fair, both figures include such provisions as payments for apparel use and media appearances.) Meanwhile, outside the Power Five, the National Champion* Knights of the University of Central Florida were demanding a $1,500 per‐​seat donation for Tower Club seats, but nonetheless lost head coach Scott Frost to Nebraska. Frost was only earning $2 million at UCF, which was presumably a failure to subsidize correctly.


Of course, big‐​time college football and basketball are not about the public good. Yes, schools often argue that their football and basketball programs make big bucks that support other sports, but not only is there little justification for sports at all as a public good, many of these programs lose money as they compete in the uber‐​expensive college sports arms race. And there is no reason that season ticket holders should get tax deductions for attending games they thoroughly enjoy, or that colleges that do make big football and hoops bucks can’t use those profits to subsidize other sports without tax incentives.


Much more important, these programs are just the shiniest parts of widely gold‐​plated American higher education, a system that costs taxpayers hundreds‐​of‐​billions of dollars a year, while producing rampant price inflation, cruise ship‐​like facilities, greatly devalued credentials, and massive non‐​completion. So tonight, let’s all cheer the arrival of a little rationality in the wacky world of college sports, but tomorrow focus on all the rest of the far larger, crazily counterproductive subsidies going to America’s Ivory Tower.


* Self‐​declared for having had an undefeated season and beating a team that beat Alabama. And the college football playoff system is unfair to non‐​Power Five schools. And a whole lot of other things no doubt all intimately connected to serving the public good, as higher education purely exists to do.