Millions of Americans move between states each year. These migration flows are influenced by numerous factors including job opportunities, climate, and housing costs. Interstate migration is also influenced by state and local taxes, as discussed in this recent study.


Internal Revenue Service data show that 2.8 percent of households moved to another state in 2016. The map below shows the net patterns of movement. People are leaving the red and purple states for the blue states. 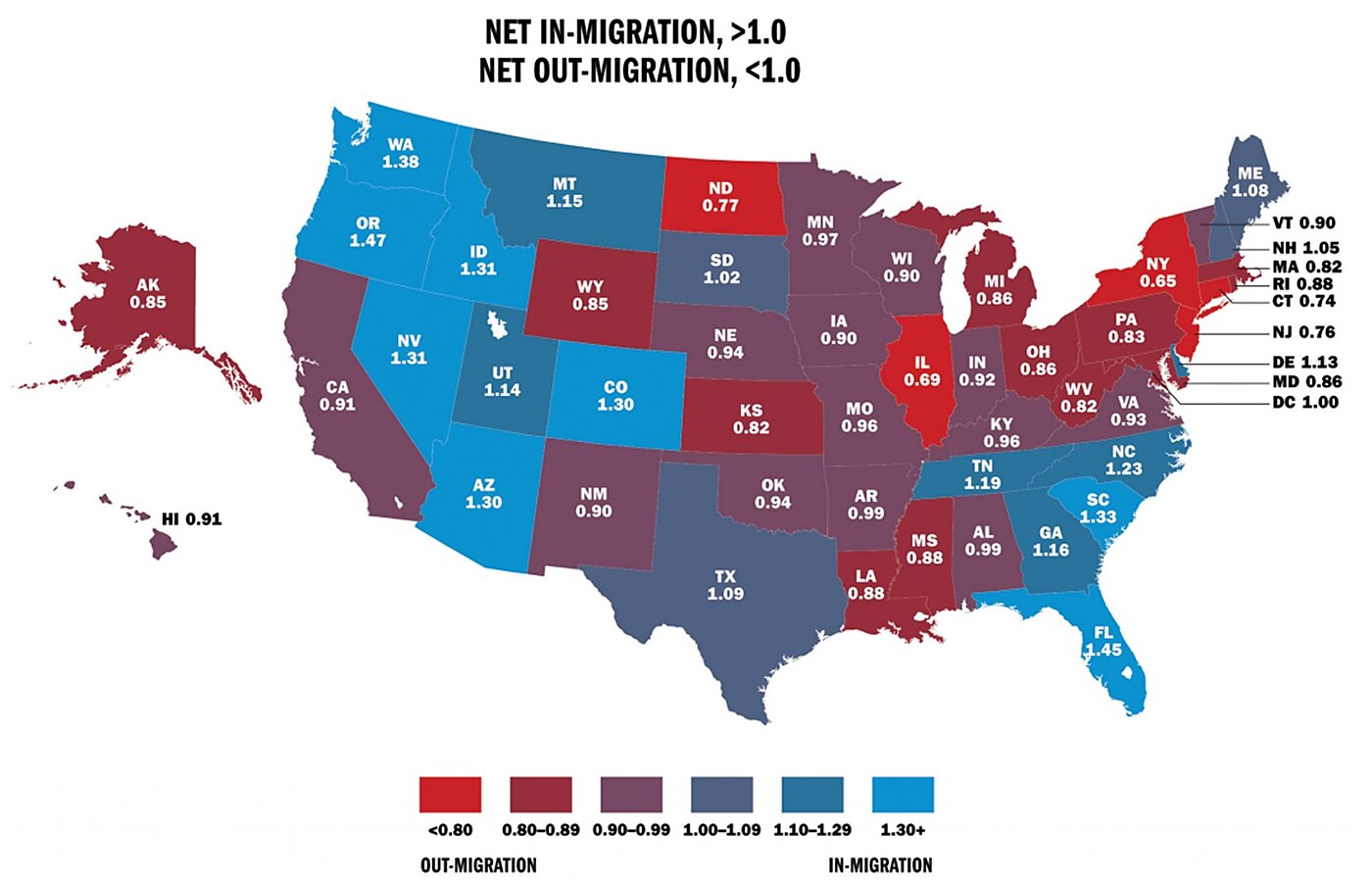 Here are some of the regional patterns: