The BBC reports that Nancie Atwell of Maine has just won the million dollar “Global Teacher Prize.” Congratulations Ms. Atwell! On the rare occasions such prizes are doled out, the reaction is universally celebratory. But is there really only one teacher in the world worth $1,000,000–and even then only once in a lifetime?


Here’s a radical thought: What if we organized education such that the top teachers could routinely make large sums of money “the old‐​fashioned way” (i.e., by earning it in a free and open marketplace)? In other fields, the people and institutions that best meet our needs attract more customers and thereby earn greater profits. Why have we structured our economy such that the best cell phone innovators can become rich, but not the best teachers? This seems not only deeply unfair but unwise as well. 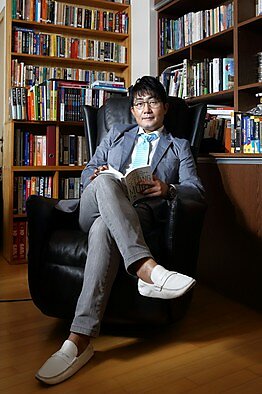 Perhaps some people don’t believe it would be possible for educators to become wealthy in an open marketplace. Their negativity is contradicted by reality. In one of the few places where instruction is organized as a marketplace activity, Korea’s tutoring sector, one of the top tutors (Kim Ki‐​Hoon) has earned millions of dollars per year over the last decade. His secret: offering recorded lessons over the Internet at a reasonable price, and attracting over a hundred thousand students each year. His employment contract with his tutoring firm ensures that he receives a portion of the revenue he brings in–so even though his fees are reasonable, his earnings are large due to the vast number of students he reaches. And his success depends on his performance. In an interview with Amanda Ripley he observed: “The harder I work, the more I make.… I like that.” Is there any reason we shouldn’t like that, too?

In a 2010 survey of 6,600 students at 116 high schools conducted by the Korean Educational Development Institute, Korean teenagers gave their hagwon [i.e., private tutoring] teachers higher scores across the board than their regular schoolteachers: Hagwon teachers were better prepared, more devoted to teaching and more respectful of students’ opinions, the teenagers said. Interestingly, the hagwon teachers rated best of all when it came to treating all students fairly, regardless of the students’ academic performance.

That is not to say that the Korean education system is without flaw. Indeed, the government‐​mandated college entrance testing system creates enormous pressure on students and skews families’ demands toward doing well on “the test,” rather than on fulfilling broader educational goals. This, of course, is not caused by the marketplace, but rather by the government mandate. The marketplace simply responds to families’ demands, whatever they happen to be. While many hagwons prepare students for the mandated college‐​entrance exam, there are also those teaching such things as swimming or calligraphy.


If we liberate educators, educational entrepreneurship will thrive. There are policies already in place in some states that could ensure universal access to such an educational marketplace.