Recently the City of Los Angeles filed suit against JP Morgan Chase. The suit alleges “the bank engaged in discriminatory lending, which the City contends led to a wave of foreclosures that continues to diminish the City’s property tax revenues and increase the need for costly City services.” So the City’s logic basically goes like this: the housing market was humming along just fine, kicking off lots of property tax revenue allowing the City to spend like there’s no tomorrow, then evil JP Morgan comes in and lends to borrowers with the intention of pushing those borrowers into default, which pushed down housing prices, reducing property taxes and causing the city to cut “essential services”. 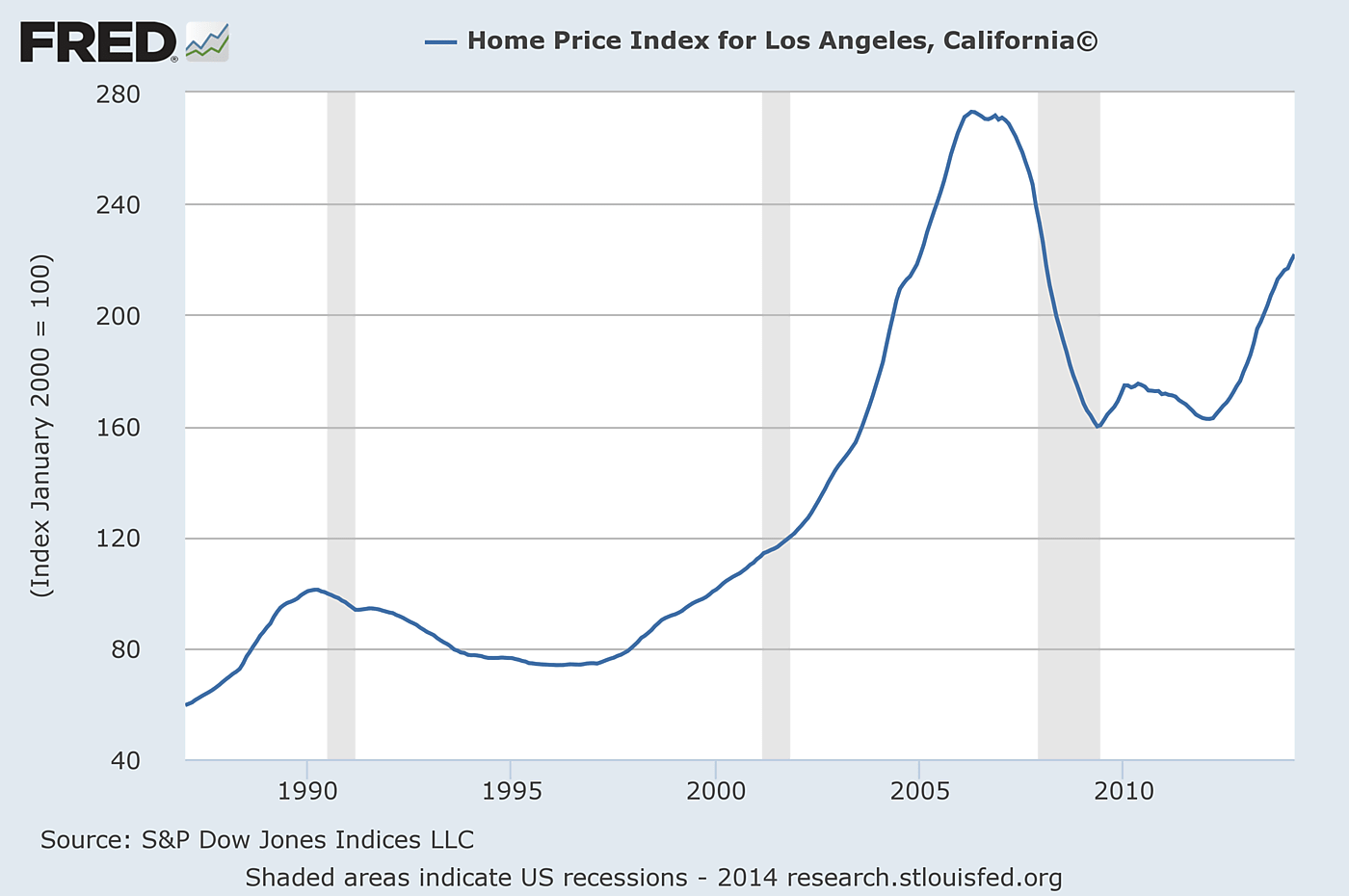 Then the market begins to slow in 2006, prices decline and surprise property revenues decline as well. A central flaw in Los Angeles’ logic is that the inflection point in prices came before that in delinquencies. Put simply, Los Angeles has their causality wrong. Price declines drove foreclosures. Yes, I suspect there was a feedback from foreclosures to prices, but the temporal order of events strongly suggests price declines was the driver here.


Now one could argue that loose lending drove up prices in the first place. But then that would mean that LA owes mortgages lenders for all that extra property tax revenue it collected during the boom. Somehow I suspect they aren’t interested in sharing the up‐​side of boom/​busts, just the downside. And if LA believes that foreclosures drove down prices and hence revenues, why isn’t the city suing all the borrowers who walked away from their homes? After all, under the City’s theory these delinquent borrowers cost the City tax revenues. But since some of these borrowers are voters, I doubt we’ll see any consistency from the City there.


At the end of the day this suit appears little more than cheap pandering meant to distract from the dysfunctional governance of Los Angeles. If mortgage lenders had any sense they’d just cut off lending to LA altogether, but then they’d probably get suited by DOJ for discriminating. Can’t win either way.