The Trump budget is slated for release March 11th. Although there are many decisions to make, the most challenging choices will likely be regarding what to cut.

Last year, the White House proposed a variety of cuts, as well as some spending increases. Notably, the White House proposed eliminating Community Development Block Grants (CDBG), along with a variety of other small Department of Housing and Urban Development (HUD) programs. Perhaps unsurprisingly, the mere suggestion generated spirited resistance from local policymakers and nonprofits that benefit from the program, as well as certain policy shops in D.C.

Ultimately, Congress passed on the White House’s suggestion to eliminate the program last year. If at any point Congress did consider cutting it they must have decided that the negative attention was not politically worth it.

But when it comes to CDBG, Congressional Republicans may have little to lose politically in eliminating the program. After all, CDBG spending is poorly targeted to Republican voters. And although some CDBG spending is located throughout the United States, the big dollar spends tend to be concentrated in urban, coastal areas that don’t vote Republican. 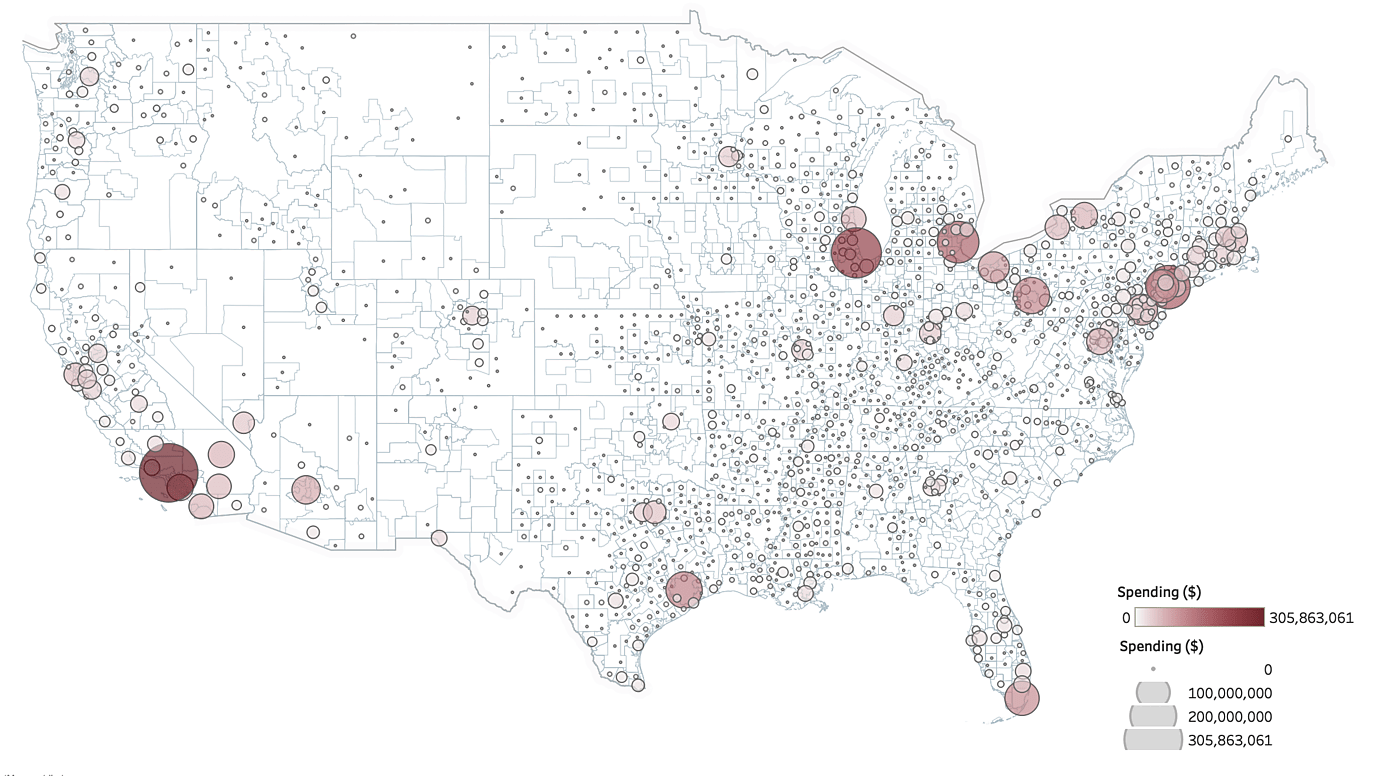 This outcome is by design. HUD allocates CDBG money using formulas and rules which prioritize funding to locations with higher city, county, and state populations, older housing, and lags in population growth, among other things. These characteristics line up well with urban coastal areas that vote blue.

Given recent Republican reforms to the mortgage interest deduction and state and local tax deduction (SALT) –both policies that disproportionately benefit politically liberal areas on the coasts– it seems there would be some appetite to make similar changes to CDBG and reduce redistribution to political opponents’ districts. CDBG is also a direct spending program rather than a tax break, and Republicans have signaled opposition to direct federal spending programs on the basis of small government principles in the past.

If Republicans want to direct federal money to low‐​income people then there are many more direct and effective ways to do that. Federal CDBG funds could be repurposed accordingly.