Tuesday was National Lighthouse Day and social media was abuzz highlighting lighthouses’ beauty and their important role in navigation. On August 7, 1789, in one of its first actions, Congress approved an Act that established federal administration and support for lighthouses, beacons, buoys, and public piers. Interestingly, though the Act established tax funding for lighthouses in the United States, the history of lighthouses in the United Kingdom took a very different path and has been a source of debate about public goods and the proper role of government. 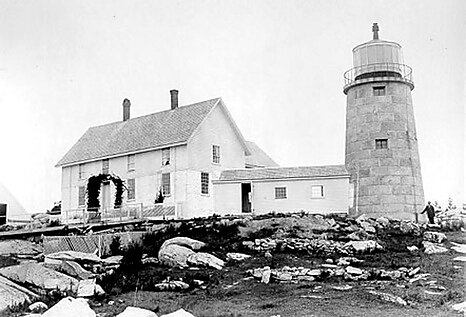 Public goods, according to economists, are commodities for which it is impossible (or at least difficult) to restrict consumption to those who pay. Such goods are said to exhibit the free‐​rider problem. Economists from John Stuart Mill to Paul Samuelson argued that lighthouses were a textbook example of a public good because a private operator would have difficulty collecting payment from passing ships that use the light as a navigational aid. A lighthouse cannot pick and choose which ships view its light. Thus, a privately‐​owned lighthouse would raise no revenue. If government didn’t provide them through taxation, then no one would.


In 1974, Nobel Prize winning economist Ronald Coase examined the history of lighthouses in Britain and argued that, contrary to the traditional view, the service provided by lighthouses is excludable: passing ships need to dock somewhere, and when they do they can be charged user fees for the lighthouses they passed before docking. Coase showed that there were many privately owned lighthouses in 18th and 19th century Britain that were supported by user fees.


Subsequent scholarship has challenged Coase’s view. David van Zandt found that though many English lighthouses were privately owned, they needed permission from the government to build a lighthouse, enjoyed monopoly privileges, and earned government mandated and collected fees.


Market purists may be disappointed, but van Zandt’s findings add some nuance to discussion about public goods. He created a continuum of possibilities between pure private and full governmental provision:

While Coase argued that, historically, some lighthouses fit into the first category, van Zandt found that lighthouses were always in categories 2, 3, or 4. But both agree that dependence on user charges eliminates the budgetary excesses found with government provision of infrastructure, especially when it is funded from general revenues.


During the last few decades, many countries have privatized railroads, airports, energy companies, and postal services, even though governmental provision of them has been widely thought to be appropriate. As my colleague Chris Edwards has discussed, the United States has lagged other countries in this transformation. Lighthouses continue to be supported by tax dollars in the United States and through user fees in the United Kingdom.


Lighthouses are not only beautiful reminders of our seafaring past. They also have played an important role in the intellectual history of economics, the economics of public policy analysis, and discussions about the proper role of the state.


Update 8/13/18: David Skarbek sent me this recent paper by Rosolino Candela and Vincent Geloso that discusses lightships in the United Kingdom. They examine the history of the famous lightship at the Nore and find that it was originally privately owned and able to operate profitably without government collection of payments, meaning that it fit into the first category of van Zandt’s continuum. However, the Nore and other privately owned lightships were opposed and crowded out by the main public lighthouse authority and, thus, the lack of private lighting services is a government failure, not a market failure.