Lego Asks U.S. to Ban Imports of “Figure with Skirt”

Lego’s patent for the “Toy Building Brick” expired in 1988, but the company still aggressively tries to claim monopoly privileges over its products.  Ten years ago, Lego tried unsuccessfully to claim trademark protection for blocks with circles on top.  Now they are going after competitors for making products that look similar to the new “Lego Friends” line of blocks marketed toward girls.  For example, Lego complains that its competitors have infringed its copyright in “Figure with Skirt”. 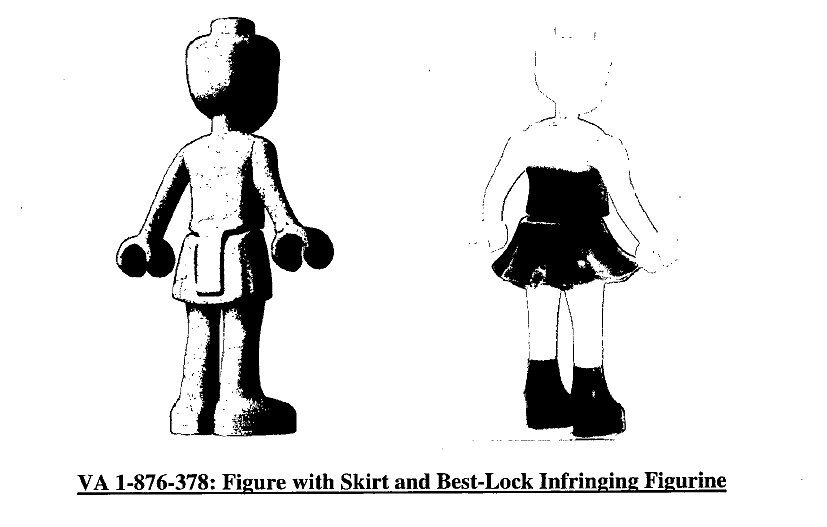 Of immediate interest is the fact that Lego has filed a complaint at the U.S. International Trade Commission seeking to bar importation of certain Mega Bloks, Lite Brix, and Best-Lock products.  There are a number of reasons why the ITC should not be adjudicating patent or other intellectual property disputes, and if you’re interested in the full story, you should read my Cato Policy Analysis on the subject from 2012.

The Lego case, in particular, raises an important question about the ITC's proper role in enforcing intellectual property rights.  Because the ITC is a protectionist agency, and its IP litigation power was created to protect U.S. industries from “unfair competition,” there must be a “domestic industry” to protect before the ITC can act.

So there’s a strong possibility that Lego’s ITC complaint will fail due to lack of a domestic industry.  That’s good news if you’re a consumer of children’s toys.  But it’s also an irrational impediment to effective patent enforcement.

Supporters of the ITC’s patent power consistently point out that the agency is good at enforcing patents.  Cases take less time and cost less money than court trials.  But this is merely an argument for reforming how district courts handle patent cases, not a justification for a specialized patent court for imports.  The domestic industry requirement, which certainly doesn’t apply in federal district court, just emphasizes how inappropriate it is to mix patent enforcement and trade protection.

And it's always worth mentioning that bringing patent infringement lawsuits in court against importers is not difficult.  The vast majority of ITC cases, including the Lego case, are simultaneously litigated in district court.