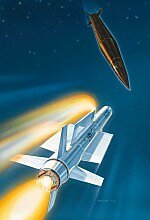 As national education standards continue their hushed and rushed adoption process, there may be only one chance left to significantly slow them down: Massachusetts.


The Bay State is seen by national‐​standards supporters as having the toughest mathematics and language arts standards in the nation, and if Mass refuses to adopt the Common Core standards on the grounds that they’re not up to the state’s high snuff, then national standards will lose a very high profile state. It certainly wouldn’t be the end of the line for national standards — lots of federal money coercing adoption will see to that — but it would be a relatively high‐​profile, and maybe even attention‐​grabbing, loss.


Unfortunately, Massachusetts is on the same eye‐​blink adoption schedule as every other state trying to get Race to the Top bucks, and its Board of Elementary and Secondary Education will be voting on the standards Wednesday. That’s left almost no time for Bay Staters to imbibe the proposed standards, much less analyze them and absorb the analyses. The Pioneer Institute, though, is doing all it can to shed light on the Common Core standards despite the impossible timeline. Today, it published its analysis of the language arts standards, finding that the extant standards of Massachusetts and California are appreciably higher. Tomorrow, it will dissect mathematics.


The sad reality, though, is that Pioneer is likely fighting a stacked, losing battle. As Pioneer executive director Jim Stergios weaves together in a recent blog post, despite the appearance of objective deliberation, the powers‐​that‐​be in Massachusetts have been on the national standards bandwagon from the get‐​go, and they’ve got everything in line to adopt the Common Core. Real debate and deliberation, disappointingly, was probably never in the cards.


At least, though, Pioneer has been able to fire off some shots. With a little luck, maybe they’ll even get a hit on this hyper‐​sonic target.