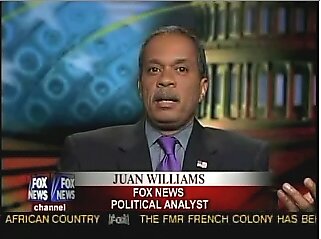 Yesterday on Fox News' Special Report, Juan Williams had this to say about Obama's silence and Duncan's hostility to the DC voucher program, recently put on the chopping block by Democrats in Congress:

This is an outrage to me. ... This is so important that you give young people a chance to have an education in America and especially in a failing public school system like you have in the District of Columbia. This voucher system is a direct threat to the unions. And so I think everybody on Capitol Hill, that's getting money from the NEA or AFT, they should be called on the table. They should ask them, 'where do you send your kids to school? And are you willing to say these kids getting the vouchers...and doing better than the rest of the kids, that these kids aren't deserving of an opportunity to succeed in America?' You just want to scream. Why Duncan and Obama aren't in the forefront of education reform is an outrage and an insult to the very base that voted for them.

But we don't have to ask President Obama where he sends his kids to school, do we? We already know he sends them to the prestigious private Sidwell Friends school also attended by several of the poor DC voucher students. But those voucher students will only remain classmates of Sasha and Malia for another year or so. After that, they're out... because Barack Obama lacks the courage, the wisdom, or both to get his own party behind this program -- a program that his own education department has shown is a success. Better results at a quarter the cost, and the reaction of our unified Democratic government ranges from outright opposition to malign neglect.

Future generations will look back on these politicians and bureaucrats as the Oral Faubuses of the 21st century. Like Faubus, they will ultimately fail.