Like it or not, the campaign season is upon us, and that almost certainly means somebody is going to try to buy your vote with a tax cut — even though average federal tax rates are already low in historical terms, our tax code remains tilted in favor of the wealthy, and our children, neighborhoods and infrastructure desperately need public investment.

I tried to use my imagination and think of how a thoughtful and intelligent liberal like Bernstein might conceive of tax policy. But I could not come up with any scenario under which this statement might be considered true: “our tax code remains tilted in favor of the wealthy.”

Data from other sources shows the same tilt in tax burdens toward high earners. Actually, “piling on” on high earners is more accurate than “tilt.” The following screenshot is from Table A-6 in this Joint Committee on Taxation report. I’ve circled the key column. Average tax rates rise rapidly as income rises. The highest earners in 2015 will pay an average federal tax rate of 33.1 percent, which is about twice the rate of those with middling incomes, and many times the rate of people at the bottom. 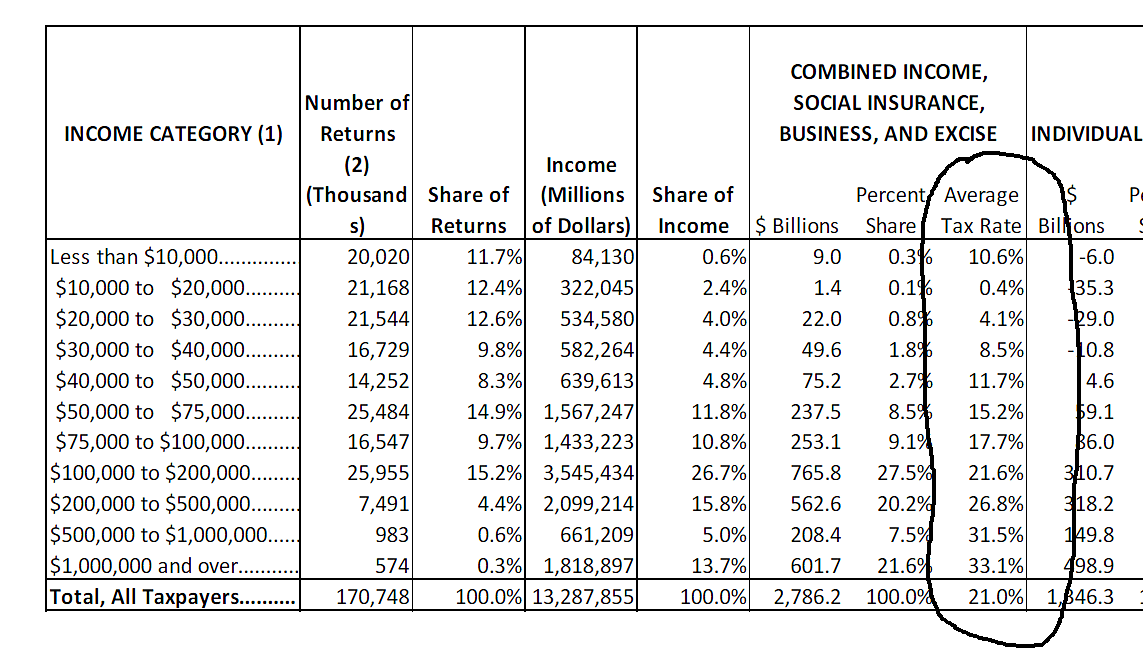 Perhaps Bernstein meant “tilted in favor of the wealthy” compared to other countries. But we have pretty solid data showing that is not correct either. Tax Foundation summarizes OECD data here showing that the U.S. has the most graduated, or progressive, tax system among the high-income nations.

Bernstein is right that the “campaign season is upon us.” But that doesn’t give him license to tilt tax data upside down to fit his policy narrative.