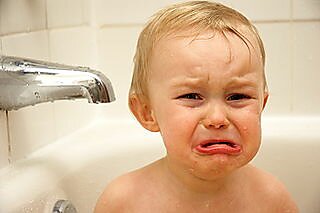 People used to laugh nervously about the federal government taking over their lives “from cradle to grave.” But at least since the passage of Obamacare—not to mention the two‐​dimensional Utopia of Julia—that has seemed a much more concrete prospect. And with President Obama’s new proposals to expand federal pre‐​kindergarten programs going all the way to age zero, the cradle is now fully in play.


We’ve heard a lot about pre‐​K for years, but focused mainly on the age 3‐​to‐​5 set. For the federal government that means Head Start, an $8 billion program that has been shown again and again to have essentially no lasting benefits. But since the mid‐​1990s Washington has also run something called Early Head Start aimed at infants and toddlers.


It’s probably safe to say that few people know much about Early Head Start, which is too bad because, if the debate goes anything like that for overall pre‐​K, there will be many deceptive claims suggesting it has nearly miraculous effects. Indeed, yesterday Washington Post “Wonkblog” contributor Dylan Matthews wrote that Early Head Start has “proven very effective in randomized controlled trials.” To back the claim he linked to “The Promising Practices Network” which, citing three studies, did indeed designate the program “proven.”


But is it? The answer is emphatically “no,” just like regular Head Start. The positive effects disappear by, at the latest, fifth grade, meaning recipients would have ultimately been as well off had they not gone through the program. As the authors write in the conclusion to the third study cited by the Promising Practices Network:

That is not the only bad news for Early Head Start. While some lasting, positive effects were found for some subgroups, so were many negative effects. And for the families and children designated “highest risk”-–-those who needed help the most-–-the effects of Early Head Start were awful:

The highest‐​risk kids, it seems, would have been significantly better off staying out of Early Head Start.


“Proven,” Early Head Start absolutely is not. Just like its ineffectual big brother.