The liberal tax group ITEP has a new study suggesting that many large corporations did not pay income taxes in 2018. The study relies on taxes reported on financial statements, but those are often quite different than actual IRS payments, which are private and undisclosed.

Low corporate income taxes may seem like a scandal, but we should eliminate these taxes altogether. Corporate taxes ultimately land on individuals as workers, shareholders, and consumers, and in today’s global economy economists think that corporate taxes land mainly on workers. Cutting corporate taxes should boost worker compensation over time as business investment and productivity increase. Capital and labor are not enemies—as often assumed on the political left—but complements, as I discuss here.

Another reason to eliminate corporate taxes is that they are undemocratic. The corporate tax burden ultimately lands on individuals, but the tax payments are hidden from voters. Politicians may want to hide the costs of government, but the interest of citizens is visibility.

ITEP finds that the 2017 GOP tax law reduced corporate taxes, but that was a feature of the law, not a bug. For example, the law changed the rules for capital investment. ITEP found: “Industrial machinery companies as a group enjoyed the lowest effective federal tax rate in 2018, paying a tax rate of negative 0.6 percent. These results were largely driven by the ability of these companies to claim accelerated depreciation tax breaks on their capital investments.” These companies apparently did what lawmakers had hoped for—increased their investment, which had the side effect of reducing their taxes. That’s not a scandal.

Finally, note that ITEP’s calculations of average effective tax rates are not the only way to measure tax rates. This recent study by the Canadian Department of Finance examines marginal effective tax rates (METRs), which are the rates on additional investments. METRs indicate the attractiveness of a country’s tax system toward new investment.

The Finance chart shows that the U.S. METR is 18.4 percent, which is lower than some major countries but the same as the average across all OECD nations. 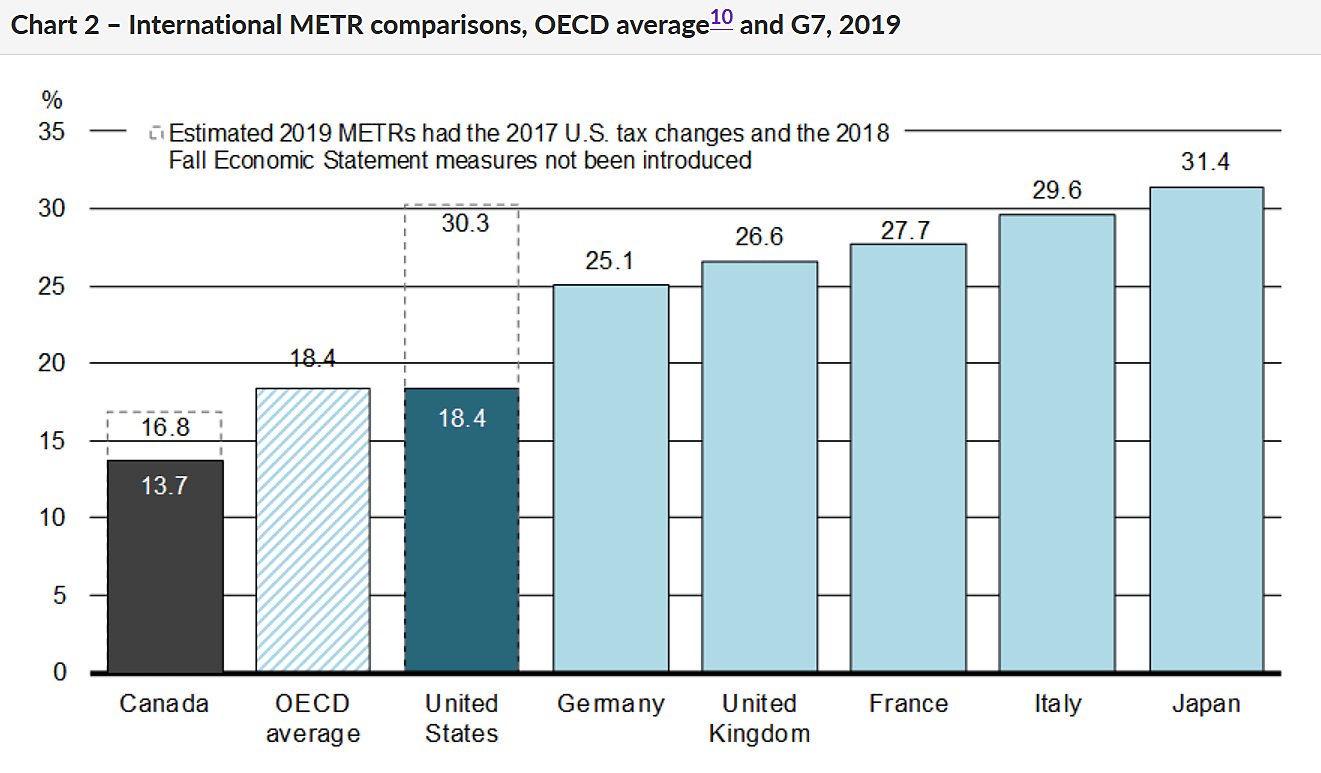