In anticipation of poor results from the Italian banks’ stress tests (which will be reported on July 29th), Italy’s Prime Minister, Matteo Renzi, has indicated that his government will unilaterally pump billions of euros into Italy’s troubled banks to recapitalize them, so that they can continue to extend credit and contribute to the growth of Italy’s broad money supply. There is a problem with this approach: it is not allowed under new EU rules. These rules require that bank bondholders take losses (a bail‐​in) before government bailout money can be deployed. But, in Italy, a big chunk of bank debt (bonds) is held by retail investors. These retail investors vote in large numbers. So, the EU bail‐​in regulation, if invoked, will certainly put Renzi’s neck on the chopping block. And that will come sooner rather than later because the Prime Minister has called for a referendum on Italy’s constitution in October and stated that he’ll resign if the referendum is voted down.


It’s no surprise that Renzi has his eye on banks. It’s also easy to see why he is worried and ready to pull the trigger on a state‐​sponsored bank bailout. The accompanying chart on non‐​performing loans should be cause for concern. 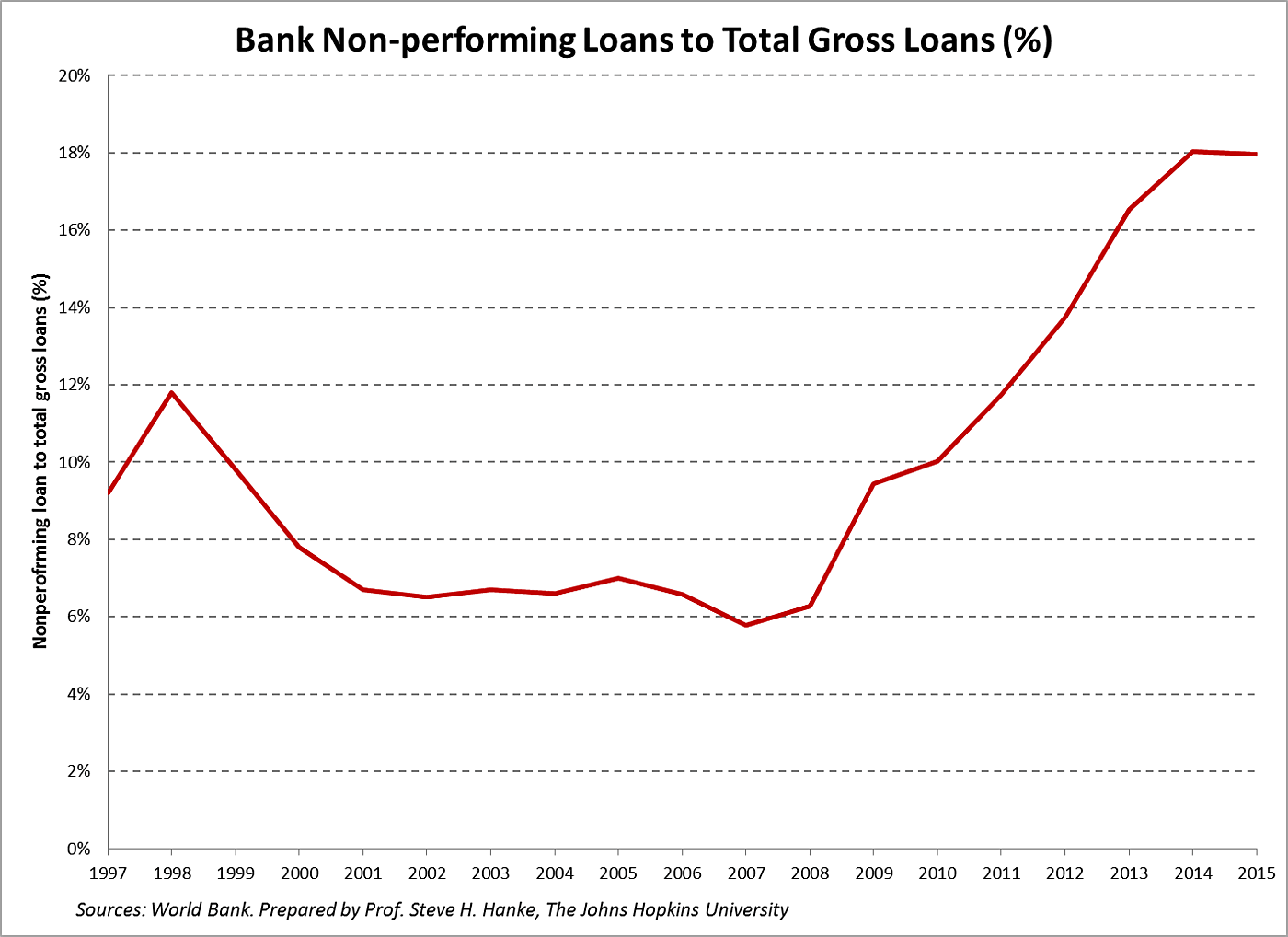 To put the non‐​performing loans into perspective, there is nothing better than the Texas Ratio (TR). The TR is the book value of all non‐​performing assets divided by equity capital plus loan loss reserves. Only tangible equity capital is included in the denominator. Intangible capital — like goodwill — is excluded.


So, the denominator is the defense against bad loans wiping the bank out, forcing it into insolvency. A TR over 100 percent means that a bank is skating on thin ice. Indeed, if the non‐​performing loans were written off, a bank with a TR in excess of 100 percent would be wiped out. All of the five big Italian banks in the accompanying table — including the Banca Monte dei Paschi di Siena (BMPS), the world’s oldest bank — fall into this ignominious category. 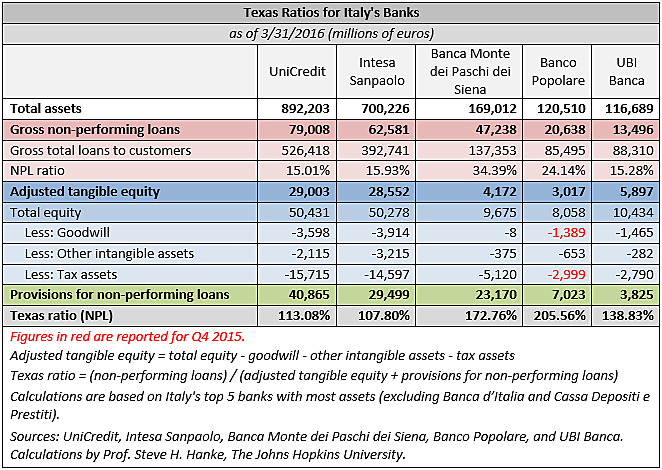 They need to be recapitalized. This could be done by issuing new shares on the market. But, all these banks’ shares are trading well below their book values. BMPS’ price is only about 10 percent of its book value, and Intesa Sanpaolo (the best of the lot) is only about 66 percent. In consequence, any new shares issued on the market would dilute existing shareholders and be unattractive. This is why an Italian state rescue is the most attractive source for the recapitalization.