Iraq: The Cost of Building a Failed State

“Governments constantly choose between telling lies and fighting wars, with the end result always being the same. One will always lead to the other.”

Nobel Laureate George Akerlof uses this edifying quote from Thomas Jefferson to good effect in his foreword of Hossein Askari’s excellent read, Conflicts and Wars: Their Fallout and Prevention (Palgrave MacMillan, New York, 2012). Indeed, Prof. Akerlof has this to say about Askari’s work:

Professor Askari begins by surveying the burden of military expenditures and of conflicts and wars. Their dollar expenditures, which are close to 15 percent of global GNP, exceed the cost of our financial crisis, of global warming, and what would be required for worldwide poverty reduction.


He bases his approach on three interrelated propositions: aggressors do not pay the full price of their aggression; governments will do nothing to change this state of affairs on their own; and, as a result, the process of reducing conflicts must originate in the private sector. 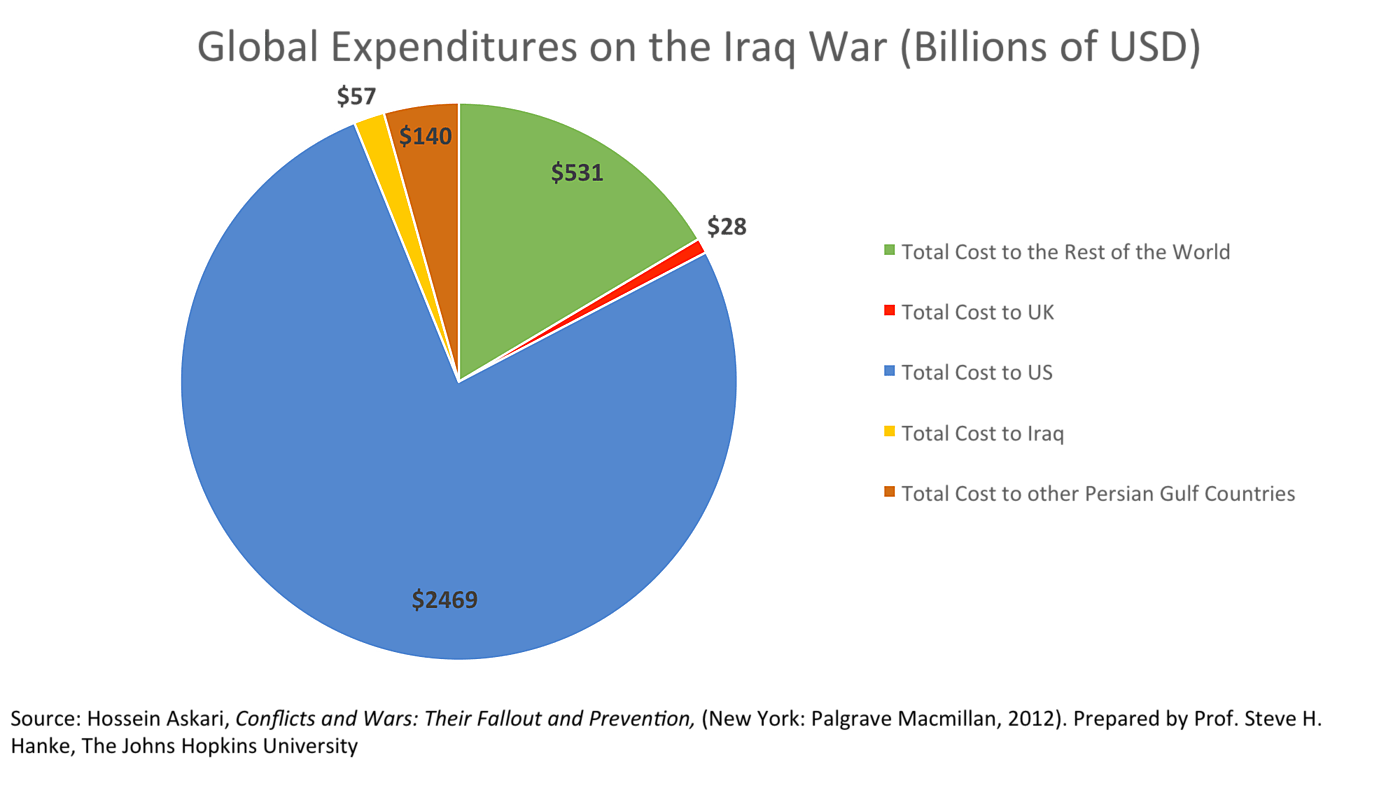 If we dissect the $2.4 trillion in U.S. expenditures (see chart below), the picture becomes even clearer and, well, drearier. Iraq was a costly war for everyone involved, including U.S. taxpayers. The annual expenditure rate of the Iraq war comes out to $2991 per U.S. taxpayer from 2003–2011 (based on the level of income tax returns), far higher than the annual tab per US taxpayer for the Afghan fiasco. 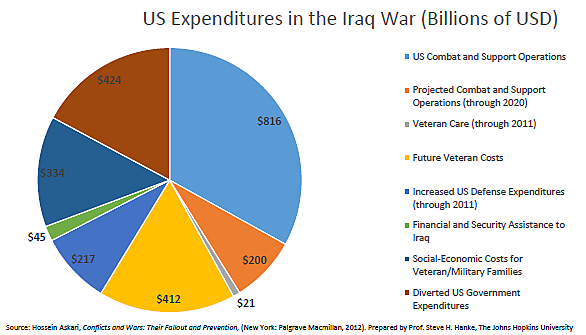 President Obama announced to Congress yesterday that he is deploying 275 military personnel to Iraq to secure the American embassy in Baghdad. Here we go, again.