With Friday’s Iranian Presidential election fast approaching, there has been a cascade of reportage in the popular press about that opaque country. When it comes to economic data, Iran has resorted to lying, spinning and concealment – in part, because of its mores and history, and more recently, the ever-tightening international sanctions regime. In short, deception has been the order of the day.

The most egregious example of this deception concerns one of Iran’s most pressing economic problems – rampant inflation. Indeed, while the rest of the world watched Iran’s economy briefly slip into hyperinflation in October of 2012, the Statistical Centre of Iran and Iran’s central bank both defiantly reported only mild upticks in inflation.

It is, therefore, rather surprising that the major international news outlets have continued to report the official inflation data without so much as questioning their accuracy. Even today, with official data putting Iran’s annual inflation rate at a mere 31 percent, respectable news sources faithfully report these bogus data as fact.

As I have documented, regimes in countries undergoing severe inflation have a long history of hiding the true extent of their inflationary woes. In many cases, such as the recent hyperinflation episodes in Zimbabwe and North Korea, the regimes resort to underreporting or simply fabricating statistics to hide their economic problems. Often, they stop reporting economic data all together; or, when they do report economic statistics, they do so with such a lag that the reported data are of limited use by the time they see the light of day.

Iran has followed this course – failing to report important economic data in a timely and replicable manner. Those data that are reported by tend to possess what I’ve described as an “Alice in Wonderland” quality. In light of this, it is fair to suggest that any official data on Iran’s inflation be taken with a grain of salt.

So, how can this problem be overcome? At the heart of the solution is the exchange rate. If free-market data (usually black-market data) are available, the inflation rate can be estimated. The principle of purchasing power parity (PPP), which links changes in exchange rates and changes in prices, allows for a reliable estimate. Indeed, PPP simply states that the exchange rate between two countries is equal to the rates of their relative price levels. Accordingly, if we can obtain data on free-market exchange rates, we can make a reliable estimate of the inflation rate.

In short, changes in the exchange rate will yield a reliable implied inflation rate, particularly in cases of extreme inflation. So, to calculate the inflation rate in Iran, a rather straightforward application of standard, time-tested economic theory is all that is required. 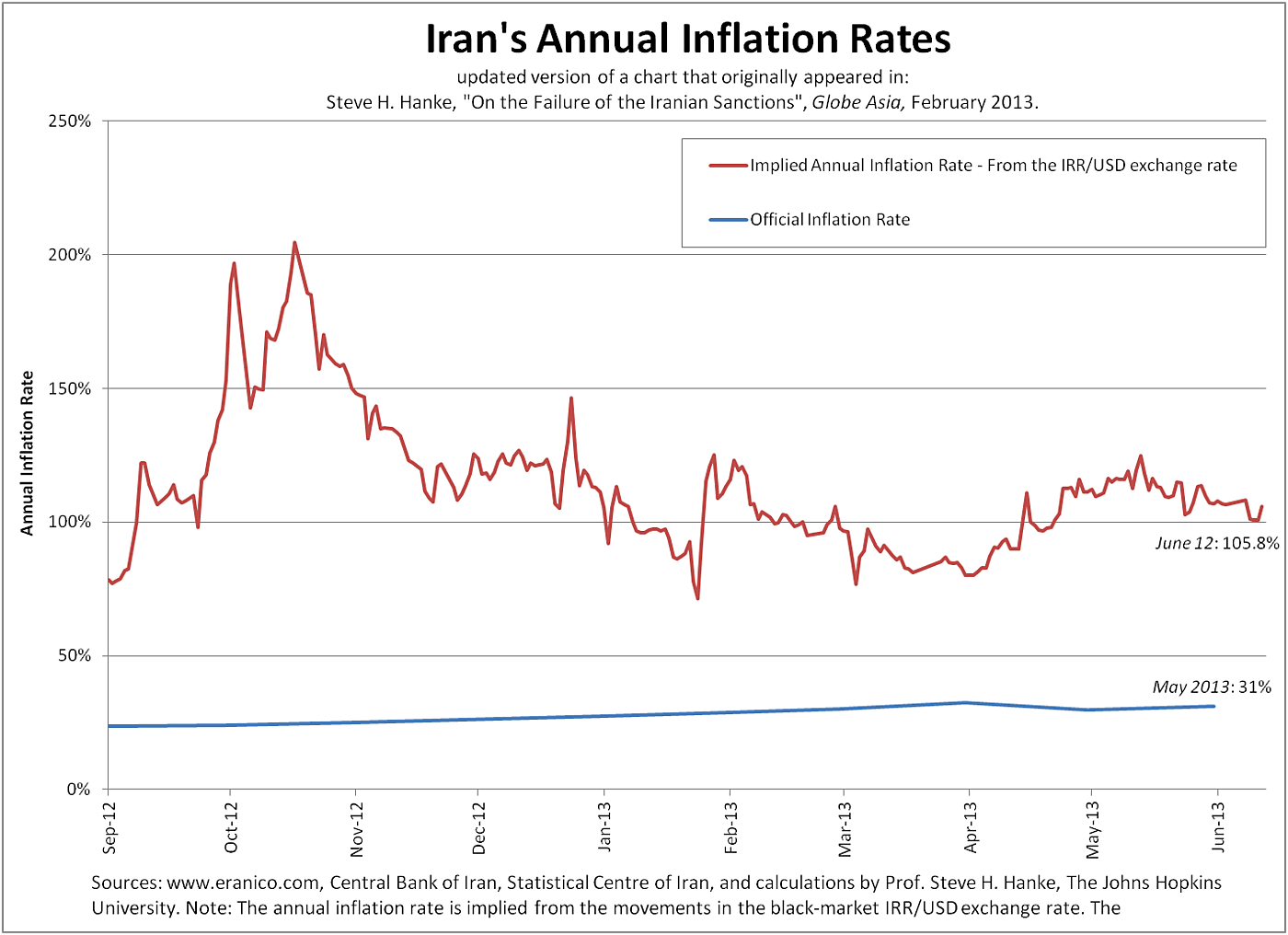