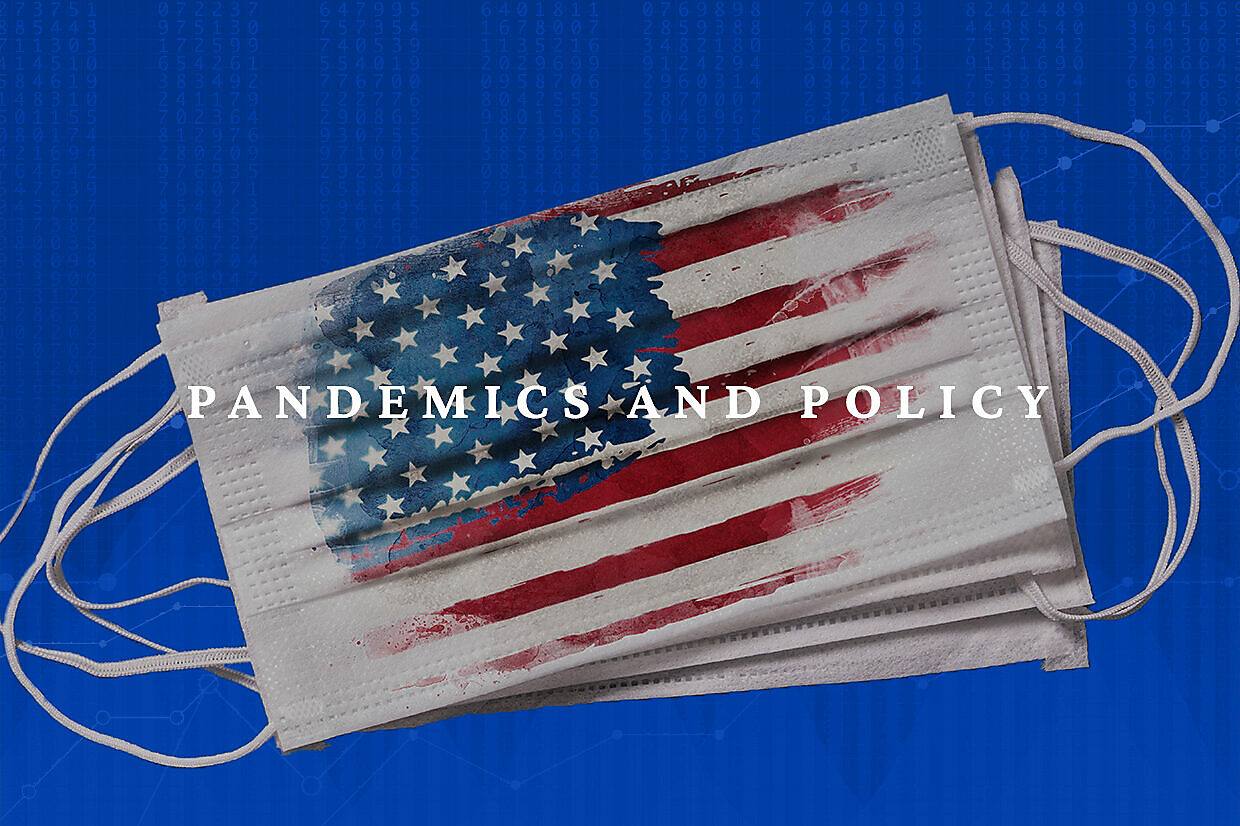 The 21st century has so far seen three great crises: the terrorist attacks of September 11, 2001, the financial collapse of 2008, and the COVID-19 pandemic—which has by itself already inflicted a greater toll in life, liberty, and prosperity than its two predecessors combined. And just as COVID has upended our daily lives, it’s transformed the political terrain, with governments at all levels exercising emergency powers rarely seen outside the context of total war.

But “panic is its own contagion,” and with so much at stake, what’s needed now is a calm, realistic assessment of the choices ahead—a guide to policies that can stem the damage while avoiding permanent transformation of American life and law. The Cato Institute intends to meet that need with the new series of policy‐​focused essays we’re debuting today.

The aim of Pandemics and Policy is to address “what went wrong, what we’ve learned, and how to prepare for the next time,” providing an issue‐​by‐​issue roadmap out of danger and back to normalcy. As with Cato’s longstanding Handbook for Policymakers, each entry in the series begins with a list of action‐​items for lawmakers; but unlike the traditional bound‐​volume Handbook, Pandemics and Policy will be published serially online, starting with the 10 essays released today.

Not long after we first had the idea for this project, I went back to look at the Cato Handbook editions released after prior national emergencies. It wasn’t hard to discern a running theme: in each case, the Beltway intelligentsia issued an indictment of the American heritage of limited government. “Well before the wreckage of the World Trade Center had stopped smoldering,” Ed Crane and David Boaz observed in the first post‐​9/​11 Handbook, pundits and pols “were eagerly heralding the ‘fall’ of libertarianism and the ‘death’ of small‐​government conservatism. September 11 had proven—had it not?—the necessity of a muscular central government with sweeping powers.” By the decade’s end, as the country struggled to recover from the worldwide financial collapse, Crane and Boaz noted the cognoscenti’s insistence “that the credit crisis means ‘the end of libertarianism’ or even more dramatically ‘the end of American capitalism.’’’

Thankfully, reports of those deaths were greatly exaggerated. But the novel Coronavirus that reached U.S. shores in early 2020 has provided a new rationale for those seeking radical change to American institutions: another serious crisis they’re determined won’t go to waste. The New York Times editorial board, for example, frames the pandemic as a Civil War/​Great Depression‐​scale constitutional moment that should be seized upon to uproot inequality and transform health care, housing, education, and “the balance of power between employers and workers.” For too many public intellectuals and political leaders, permanent transformation is the goal—“there are no libertarians in a pandemic,” they insist, nor should there be.

Those of us at Cato beg to differ. To be sure, a black‐​swan event like a once‐​in‐​a‐​century pandemic would present a challenge to any political philosophy. But from the massive regulatory failures that stifled test development, to archaic restrictions that slowed the health‐​care sector’s response, the U.S. response to the COVID-19 pandemic has been a disaster compounded by government overreach—as Charles Silver and David Hyman put it in the piece that leads off this collection, “a master class in government failure.”

The 10 essays we’re publishing today provide a principled overview of the good, the bad, and the simply difficult policy choices presented by the spread of a deadly communicable disease. They identify errors to be avoided, such as a backlash against international trade or a dangerous enhancement of public‐​health surveillance authorities; they also provide roadmaps toward a decentralized and flexible education system and an inclusive economic recovery that benefits those hit hardest by the post‐​COVID contraction. In the weeks and months to come, Pandemics and Policy will treat the entire range of Cato’s policy work, providing lawmakers with an actionable guide to policies that can harness American ingenuity and foster a resilient society capable of meeting the challenges ahead.