Interest Rates Impact Both Sides of the Household Balance Sheet

I have some mixed feelings about the good people at USA Today. Yesterday’s paper had a great story on Romney’s support for TARP which quoted me extensively, but under the fold of the front page ran the headline “Low interest rates putting cash in American’s pockets”. While it is true that low interest rates have reduced households’ interest expenses, they have also reduced their interest incomes, as I have noted elsewhere.


The chart below offers my estimates of household interest expenses, based upon Bureau of Economic Analysis data as compiled by the St. Louis Federal Reserve. The overwhelming majority of this expense is mortgage related. Since the start of the recession in December 2007, households’ annual interest payments have declined by about $400 billion. But households’ annual interest incomes have also declined by about $400 billion, meaning the net impact on households has been about zero. So whatever low interest rates may, or may not, be accomplishing, putting lots of money into households’ pockets is not one of them.


Now if you want to argue that the households benefiting are credit‐​constrained and likely have a higher marginal propensity to consume than the losing households, that’s a plausible argument if one can muster the data to support it. Even if that argument is correct, which is far from clear, spending would only increase by the net impact across households, and not simply by the increased spending of households that benefit.


There are lots of reasons why the current low level of interest rates may or may not be good for the economy. Let’s examine them. Debate them. But let’s not be fooled by simplistic notions that households are receiving massive net direct benefits from these low rates. 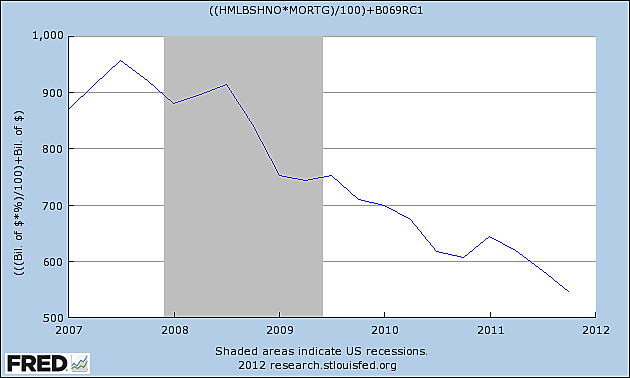