James L. Buckley’s new book, Saving Congress from Itself, examines federal aid‐​to‐​state programs. The federal government spends more than $600 billion a year on 1,100 such programs for education, welfare, and many other state and local activities. 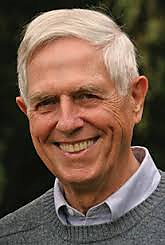 
The whole system is a damaging mess, and Buckley proposes in his book that Congress “eliminate all federal grants‐​in‐​aid to state and local governments.” That action would “have a profound effect on how we govern ourselves.” A profoundly positive effect, that is, which is a bold claim, but I’ve come to the same conclusion in my writings on the aid system (here, here, and here).


Buckley’s analysis is grounded in his distinguished career as a U.S. senator from New York, a judge on the U.S. Court of Appeals for the D.C. Circuit, and a high‐​level Reagan administration official. He argues that repealing aid‐​to‐​state programs would free the federal government to focus on truly national matters, put the government on sounder financial footing, and improve the ability of states to increase the quality and efficiency of their own programs.


Buckley’s book is a fairly quick read at 95 pages, but he hits the key legal and practical problems with aid to the states. Buckley believes, as I do, that the aid system is a hidden, or at least underexamined, factor steadily corroding the quality of American governance, particularly since the aid expansion of the 1960s. He notes, for example: “Congress’s current dysfunction is rooted in its assumption, over the years, of more responsibilities than it can handle. As a result, its members now live a treadmill existence that no longer allows them time to study, learn, and think things through. Instead, they substitute political reflex for thought.”


Federal aid is not the free lunch that state governments think it is. Nonetheless, a free lunch is available to you this Monday: please join James Buckley, Roger Pilon, and me at a Capitol Hill forum on December 1 to discuss the book. Details are here.