Japan is a developed nation that allows little immigration, thus winning occasional praise from American immigration restrictionists. If the reason for copying Japan’s immigration policy of almost no immigrants is that it will improve the labor markets, conditions there do not provide evidence for that claim, at least on the surface.

Japan’s immigrant population is minuscule compared to the United States, as a percent of either country’s population (Figure 1). 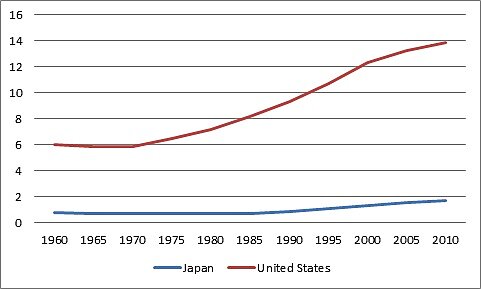 Although there is little immigration to Japan, real average monthly cash earnings have declined slightly since 1995 (Figure 2). During the same time period, U.S. wages have actually grown, albeit not as fast as many want (Figure 3). If those graphs were unlabeled, my hunch is that most immigration restrictionists would assume the better graph is Japan. Japan’s sluggish wage growth in a low-immigration environment doesn’t match the restrictionist fairytale while American wage growth contradicts it. 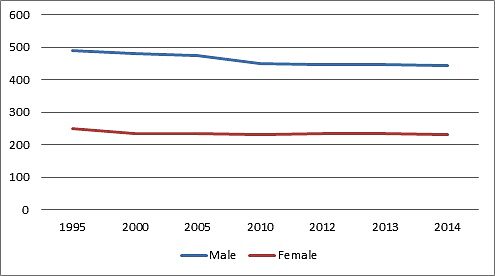 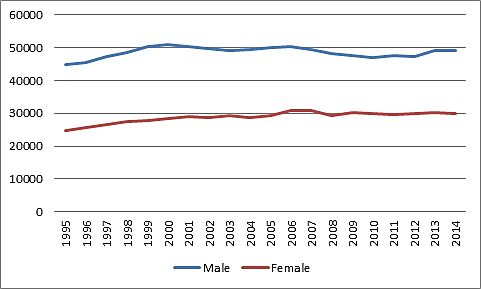 An immigration restrictionist might counter that more Japanese are employed due to a paucity of immigration, thus outweighing (or explaining) the sluggish wage growth. That response doesn’t fit either as labor force participation rates (LFPR) for the entire adult population in Japan has been lower than in the United States for as long as World Bank data is available (Figure 4). Japan’s population is older than the United States which likely explains much of their lower LFPR. 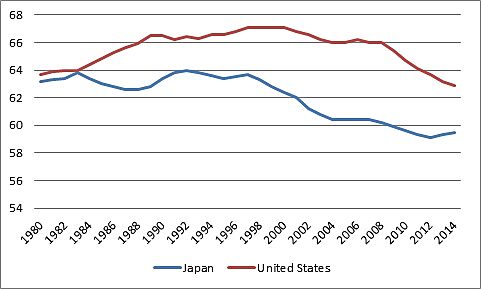 However, according to a different ILO estimate of LFPR for those aged 15-64, Japanese workers are more likely to be in the workforce since 2009 but less likely prior to then (Figure 5). 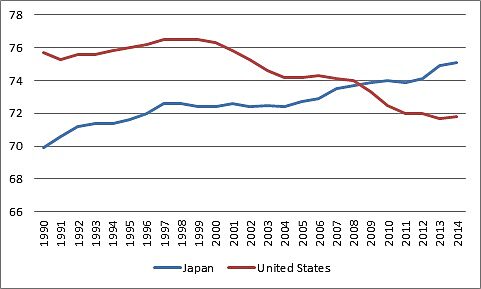 Prime Minister Shinzo Abe is turning his attention to reforming Japan’s lackluster labor market that is widely blamed for holding back the country’s economic recovery. Immigration reform could be a portion of that reform package. Some Japanese politicians are less satisfied with their immigration restrictions than they used to be. Japanese public opinion toward immigration has softened recently, especially when viewed in an economic context. Regardless of potentially shifting Japanese public opinion, Japan’s labor market experience does not help immigration restrictionists make their case in the United States.

Due to difficulty in finding Japanese data I had to rely on average wage rates and use the CPI as an inflation benchmark.