The IMF’s Feeding the Press Unreliable Inflation Figures on Venezuela

I have been saving bits of misreported statistical string about Venezuela’s inflation over the past couple of months, and it has become a giant ball. The bits all come from the International Monetary Fund (IMF)


The IMF’s World Economic Outlook (April 2016) forecasts inflation to rise to 720 percent by the end of 2016. This number, which is nothing more than a guestimate, is now carved in stone. The media, from Bloomberg, the New York Times, the Washington Post, the Wall Street Journal, to countless other ostensibly credible sources, repeats that guestimate ad nauseam. 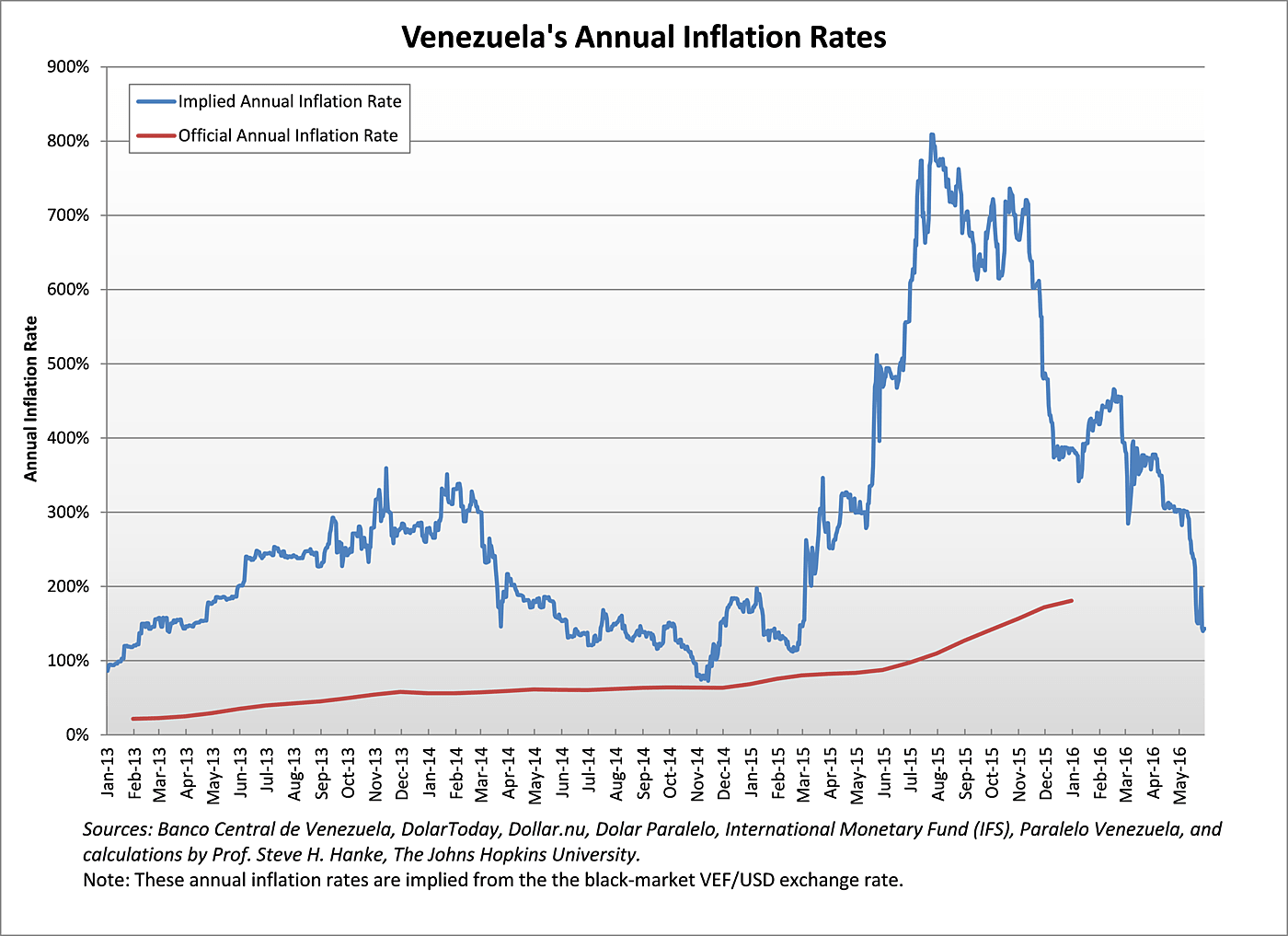 Instead of reporting pie‐​in‐​the‐​sky estimates for future inflation rates in Venezuela, the press should stop worshiping at the IMF’s altar and, instead, stick to reporting current inflation rate. These are updated regularly and are available from the Johns Hopkins‐​Cato Institute Troubled Currencies Project. The current implied annual inflation rate is 140 percent; while it is currently the world’s highest, it is well below the IMF’s oft‐​reported forecast of 720 percent.