The IMF Predicts a Collapse of Venezuela’s Bolivar


Since the IMF’s 720 percent forecast has been elevated to the status of a factoid, it is worth a bit of reflection and analysis. We can reverse engineer the IMF’s inflation forecast to determine the Bolivar to U.S. greenback exchange rate implied by the inflation forecast.


When we conduct that exercise, we calculate that the VEF/USD rate moves from today’s black market (read: free market) rate of 1,110 to 6,699 by year’s end. So, the IMF is forecasting that the bolivar will shed 83 percent of its current value against the greenback by New Year’s Day, 2017. The following chart shows the dramatic plunge anticipated by the IMF. 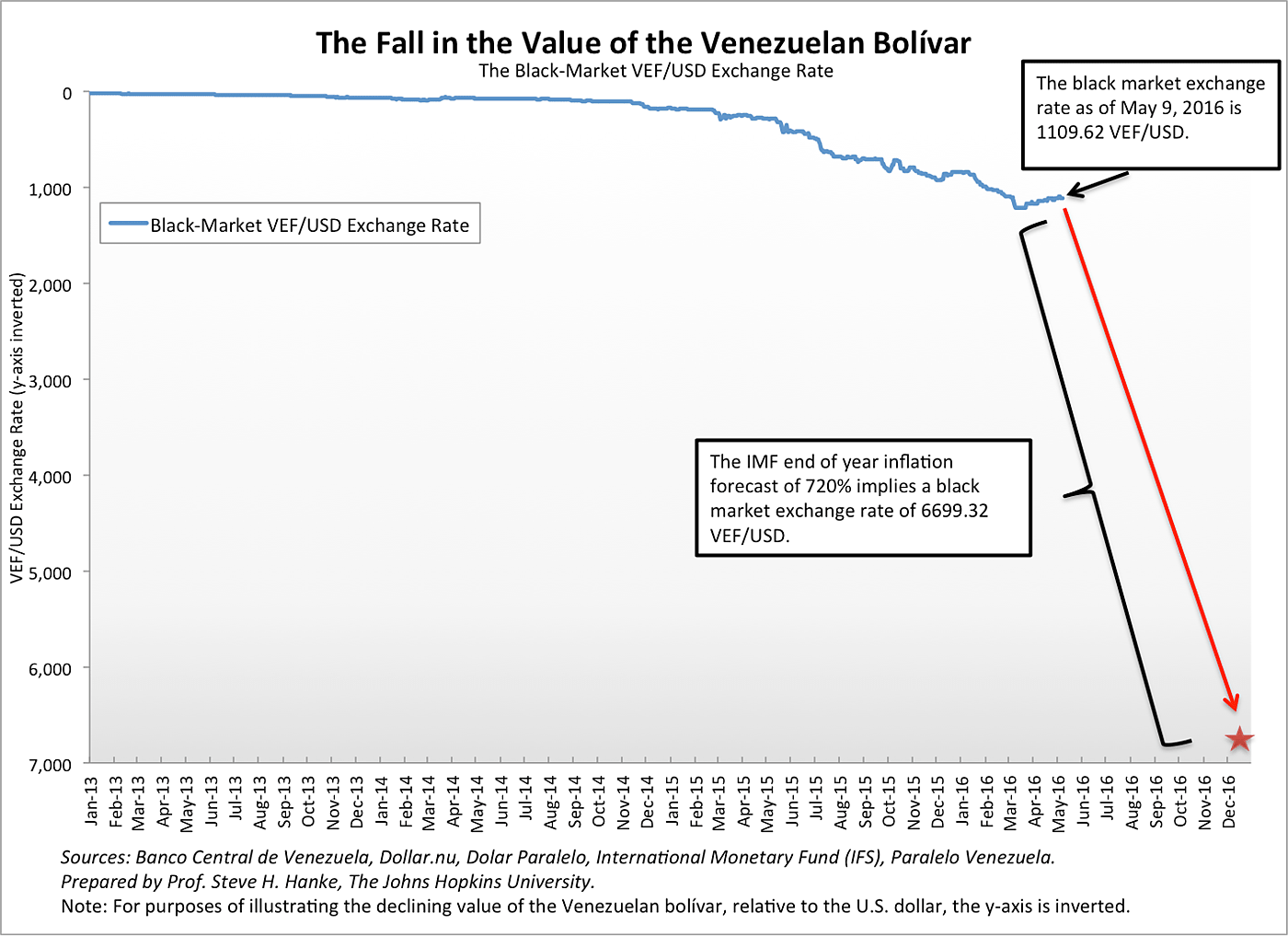