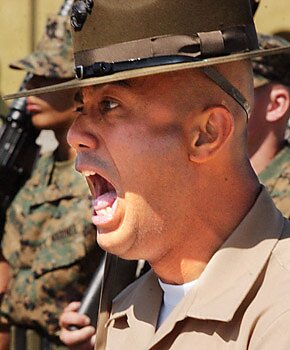 Since its beginning, one of the primary drivers behind public schooling — government schooling — has been a desire to compel belief, whether in “American” values, God, the primacy of science, or myriad other things that some people have thought it essential for all people to accept. The result has been constant conflict that, rather than uniting diverse people — a companion goal of public schooling — has divided them. And not only have crusades to force belief created ongoing conflicts, there’s generally been little evidence they’ve actually changed the targeted beliefs. So we’ve gotten all the downside of trying to force alterations to hearts and minds without actually changing them.


Case in point, the seemingly endless war over the teaching of human origins.


Despite decades of keeping religion out of the public schools, the latest polling shows that 40 percent of Americans believe that God created human beings in their present form about 10,000 years ago, while only 16 percent think that human beings evolved without the participation of God.


New research from a couple of Penn State political scientists elucidates one reason — besides simple, honest disagreement — that this is the case. While law can prohibit the teaching in public schools of such alternatives to evolution as creationism and intelligent design, it cannot actually make biology instructors teach evolution. And, it turns out, a major reason many teachers tiptoe around evolution is that they fear the backlash that would come from forcing a singular view on diverse people.


According to Michael Berkman and Eric Pultzer, roughly 60 percent of respondents in the National Survey of High School Biology Teachers reported that they either steer clear of evolution or dance around it not necessarily because they reject the theory, but because they don’t want trouble. “Our data show that these teachers understandably want to avoid controversy,” the researchers said. It’s a finding that confirms an anecdotal New York Times report from a few years ago, and that fits with other analyses of public schooling that conclude that often the easiest thing for public schools to do is simply avoid any disputed topic.


For starters, stop making education policy based on the notion that some things are so important all people must be forced to believe in them. You simply cannot compel belief — at best, you’ll get the parroting back of what you want to hear, not true acceptance. Worse, you’ll very likely create a situation where no one gets what they want and everyone ends up with empty, incoherent, compromised curricula.


The ultimate solution is to let parents choose options for their children without first having to pay for the “one, best system,” and to let educators provide schooling tailored to the values and needs of whomever they wish to serve. Then everyone will be be able to access coherent curricula rather than being saddled with educational mush.


Of course, many people will choose to have their children learn things with which neither you nor I agree. We can make that clear to them by selecting different options for our own children and openly debating conflicting opinions. What we cannot do is continue to try to impose our beliefs on them: not only is it incompatible with a free nation and antithetical to social unity, it often ends up keeping everyone from getting what they believe is best for their children.