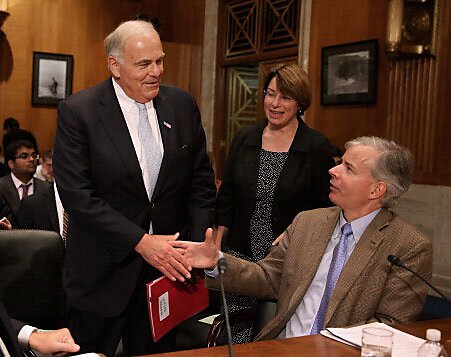 The way ahead for infrastructure is to privatize as much of it as we can. Let's give America's entrepreneurs a crack at financing, owning, and managing our airports, seaports, and other facilities.

Infrastructure privatization has swept the world, but there are numerous hurdles to such reforms in this country. Here are some of the issues I raised to the committee:


Federal policymakers should aim to reduce these hurdles for private investment. After all, private infrastructure is not a new or untried idea. Before the 1960s, urban transit services were mainly private. And before the 20th century, private turnpike companies in America built thousands of miles of toll roads.

The takeover of much infrastructure by governments in the 20th century was a mistake, and many policymakers here and abroad are now working to correct the overreach. The federal government should cut subsidies and reduce its control over the nation’s infrastructure. State and local governments should be encouraged to innovate with privatization to the fullest extent possible.

My full testimony is here.

Statements by the other panelists are here.